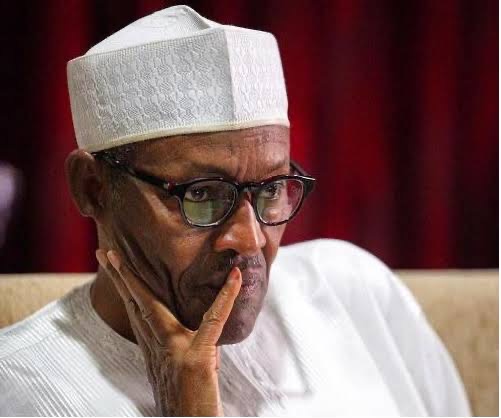 President Muhammadu Buhari has been given seven days to reverse his approval for security agencies to access people’s personal details via NIN-SIM linkage without due process of law.”

The Socio-Economic Rights and Accountability Project (SERAP) said appropriate legal actions will be taken after the ultimatum.

According to the human rights group, the approval was issued without due process of law.

SERAP however urged the president to “send executive bills to the National Assembly to repeal and reform all laws, which are inconsistent and incompatible with Nigerians’ rights to privacy, dignity and liberty.”

SERAP’s letter followed reports that some security agencies have received presidential approval to access people’s personal details via the database of the National Identity Management Commission in the course of carrying out their duties.

In the letter dated 5 February 2022 and signed by SERAP deputy director Kolawole Oluwadare, the organisation said: “If your reported approval is not rescinded, millions of law-abiding Nigerians may feel that their private lives are the subject of constant surveillance.”

SERAP said: “The interference entailed by unlawfully or arbitrarily accessing people’s personal details is far-reaching and must be considered to be particularly serious.”

According to SERAP, “The reported approval to allow security agencies to access people’s personal details via NIN-SIM linkage without due process of law directly interferes with the privacy, dignity and liberty of individuals.”

SERAP also said, “Interference with an individual’s right to privacy is not permissible if it is unlawful or arbitrary.”

The letter, read in part: “The power to access individual’s details raises serious concerns as to their arbitrary use by the authorities responsible for applying them in a manner that reduces human rights and democratic principles by the monitoring and surveillance of millions of Nigerians.”

“It is crucial to rescind the approval, and respect the autonomy of individuals to receive and share information of a personal nature without interference from the authorities, if unintended adverse consequences are to be avoided.”

“The risk of arbitrary or abusive interference shows the importance for your government to comply fully with the requirements of legality, necessity and proportionality.”

“The right to privacy allows Nigerians to hold opinions and exercise freedom of expression without arbitrary or illegal interference and attacks.”

“Private conversations of individuals – which belong to their intimate sphere and contribute to their personal development – also enjoy strong legal protection and can only be limited based on the principles of legality, necessity and proportionality.”

“The reported presidential approval to security agencies does not align with the principle that any restriction on human rights capable of limitation should be the least intrusive means possible, and shall be necessary and proportionate to the benefit sought.”

“Violations or abuses of the right to privacy might affect the enjoyment of other human rights, including the right to freedom of expression and to hold opinions without interference.”

“SERAP notes that the right to privacy can enable the enjoyment of other rights and the free development of an individual’s personality and identity, and an individual’s ability to participate in political, economic, social and cultural life.”

“In relation to the requirement of legality, any limitation must be expressly, exhaustively, precisely, and clearly provided for in a law in the formal and material sense. It is not enough that the restrictions be formally approved by the president or by any other competent body: they must also be sufficiently clear, accessible and predictable.”

“Similarly, measures restricting enjoyment of the right to privacy must comply with the principle of proportionality, meaning that they must not unduly interfere with other rights of the persons targeted.”

“In the digital age, protecting the right to privacy requires exceptional attention. While acknowledging the challenging issues that your approval may seek to address, SERAP is seriously concerned that this may be used as a pretext by security agencies to violate Nigerians’ right to privacy and other related human rights.”

“The undermining of the universality of fundamental human rights, alongside the potential encroachment upon the enjoyment of the right to privacy raised by the presidential approval, suggests the urgent need to review the matter, and rescind your approval, consistent with constitutional and international standards.”

“SERAP notes that the relationship between data principals and the authorities involves a power imbalance. Nigeria ought to provide the leadership in developing a data protection framework that is fully consistent and compatible with the protection of the fundamental and inalienable right to privacy.”

“According to reports, some security agencies have received your approval to access people’s personal details via the database of the National Identity Management Commission in the course of carrying out their duties. The Minister of Communications and Digital Economy, Isa Pantami reportedly conveyed the approval to the relevant security agencies.”

“Mr Pantami also reportedly stated that the approval would enhance security as it would help security operatives to go after kidnappers and other criminals.”

“The approval would now allow security agencies to access the data of the over 73 million Nigerians who have linked their National Identity Number with their SIM, and other people who may do so.”

“While the effectiveness of the fight against serious crime may depend to a great extent on the use of modern investigation techniques, such an objective of general interest, however fundamental it may be, cannot in itself justify the unlawful or arbitrary interference with the right to privacy.”

“Unlawful or arbitrary access to people’s personal details would contravene section 37 of the Nigerian Constitution 1999 (as amended), article 17 of the International Covenant on Civil and Political Rights, and article 5 of the African Charter on Human and Peoples’ Rights, which protect against arbitrary or unlawful interference with one’s privacy.”

“Any constraints upon the right to privacy must strictly comply with the principles of legality, necessity and proportionality. These requirements are included in the Nigerian Constitution and the human rights treaties to which Nigeria is a state party.”

“We would be grateful if the recommended measures are taken within 7 days of the receipt and/or publication of this letter. If we have not heard from you by then, SERAP shall take all appropriate legal actions to compel your government to comply with our request in the public interest.”

The letter was copied to Mr Abubakar Malami, SAN, Attorney General of the Federation and Minister of Justice, and Mr Isa Pantami, Minister of Communications and Digital Economy.