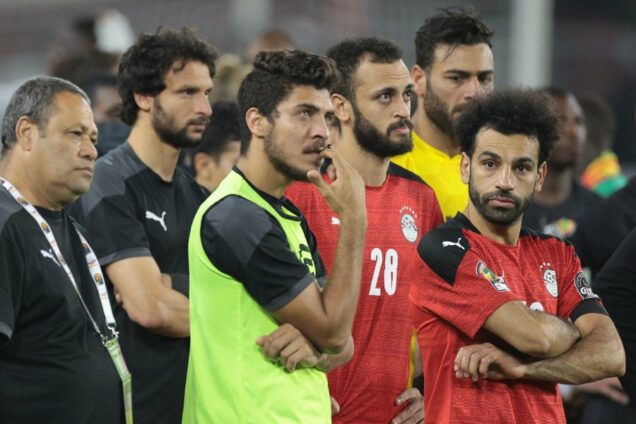 Egypt’s Pharaohs are hoping to avenge their Africa Cup of Nations final defeat at the hands of Senegal when the countries meet again in a decisive two-leg World Cup play-off next month.

The Pharaohs fell short of winning a record-extending eighth continental crown as they went down 4-2 in the shoot-out in Yaounde after Sunday’s final finished 0-0 at the end of extra time.

Mohamed Abdelmonem and Mohanad Lasheen both failed to convert their penalties, meaning Salah did not get the chance to step up before Sadio Mane converted the winning kick for Senegal to give them their first-ever AFCON crown.

“We will pick ourselves up from this. Today we were not able to win but we will be better next time,” said Egyptian goalkeeper Mohamed Abou Gabal, who was named man of the match after saving a Mane penalty in the seventh minute.

The 33-year-old, who carries his nickname Gabaski on the back of his shirt, also saved from Bouna Sarr in the shoot-out but his efforts were ultimately to no avail.

Salah appeared to be on the brink of tears even before Mane had converted his penalty as he ended up on the losing side in a Cup of Nations final for the second time in three editions after Egypt was also beaten in the 2017 climax by Cameroon.

“Salah is a world-class player and his attitude is the same as anyone else,” said Egypt assistant coach Diaa al-Sayed, speaking because coach Carlos Queiroz was suspended for the final.

“He was determined to win. He has played in and won big competitions in Europe but he really wanted to win this trophy for his country.

“With him, we want to qualify for the World Cup. He is just like the captain of any team. He is disappointed that he didn’t achieve his goal.”

The teams will meet again over two legs at the end of March in the final round of the African World Cup qualifying, with Egypt due to be at home in the first leg as they look to secure a place in Qatar at the end of the year.

Both sides went to the last World Cup in Russia in 2018, going out in the group stage.