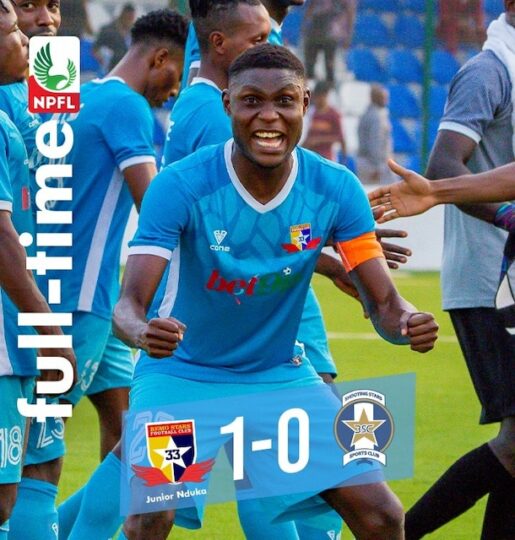 Remo Stars remained unbeaten in the Nigeria Professional Football League (NPFL) on Sunday, after snatching a hard-fought 1-0 win over Shooting Stars in Ibadan.

The reward was that they bagged all the three points and also jumped to the top of the log, toppling Rivers United by one point.

Rivers United meanwhile lost 0-1 away to Plateau United in Jos.

In the South West derby between Remo Stars and Shooting Stars, it was captain Nduka Junior that scored the only goal, when he curled home a free kick in the 62nd minute.

Striker Jesse Akila spurned a chance to give the hosts the lead when his 16th minute penalty came off the woodwork but he atoned for his miss with a 33rd minute finish to take Plateau to within one point of Rivers.

Enyimba FC stayed in fourth spot after an impressive 1-0 away win against Sunshine Stars in Ijebu Ode.

After a goalless first half, Enyimba got the only goal of the game two minutes after the restart in a bizarre fashion when Sunshine goalkeeper Mustapha Lawal saw his kick charged down and turned into the net by the belly of Enyimba striker Victor Mbaoma.

The win makes it third for Enyimba in their last four matches.

All the scores in the NPLF MatchDay 11: 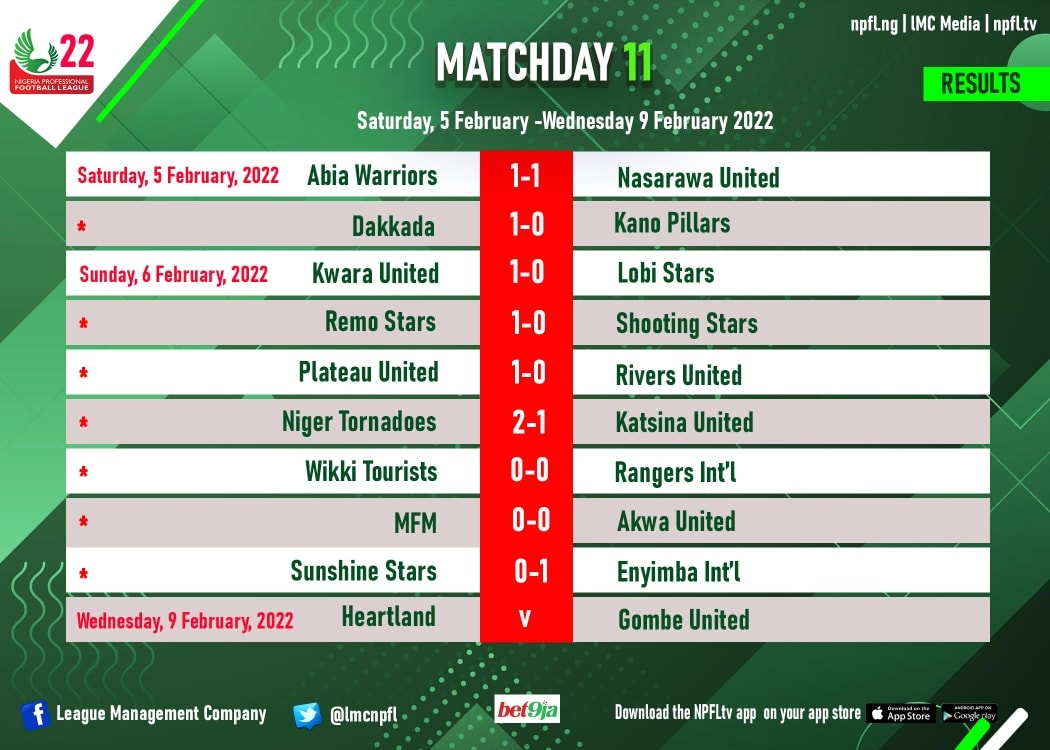