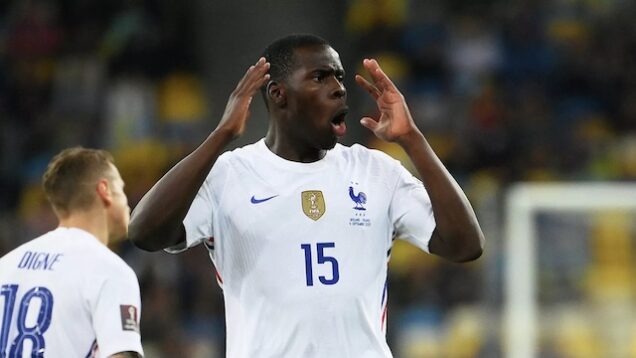 West Ham United player Kurt Zouma has found himself in hot water after a Snapchat video of him kicking and slapping his Bengal cat triggered outrage among Britons.

In a clip, purportedly filmed by his brother Yoan, the defender can be seen dropping the cat and kicking the feline across the kitchen floor.

In addition, The Sun also obtained a video in which Zouma throws boots at the cat and slaps it out of a child’s arms.

The player later issued an apology saying that the disturbing interaction with his pet was “an isolated incident”.

“I want to apologise for my actions. There are no excuses for my behaviour, which I sincerely regret.

“I also want to say how deeply sorry I am to anyone who was upset by the video.

“I would like to assure everyone that our two cats are perfectly fine and healthy.

“They are loved and cherished by our entire family, and this behaviour was an isolated incident that will not happen again”, he said.

“West Ham United unreservedly condemns the actions of our player, Kurt Zouma, in the video that has circulated”, the statement reads.

‘We have spoken to Kurt and will be dealing with the matter internally, but we would like to make it clear that we in no way condone cruelty towards animals”.

According to The Sun, the Royal Society for the Prevention of Cruelty to Animals has received at least one complaint following the incident, meaning Zouma may face a criminal probe into his actions.

Animal cruelty in England is punished with a fine and a prison sentence of up to five years.

Angered Twitterians have since blasted Zouma online, mocking the player and demanding that he pay for what he’s done.