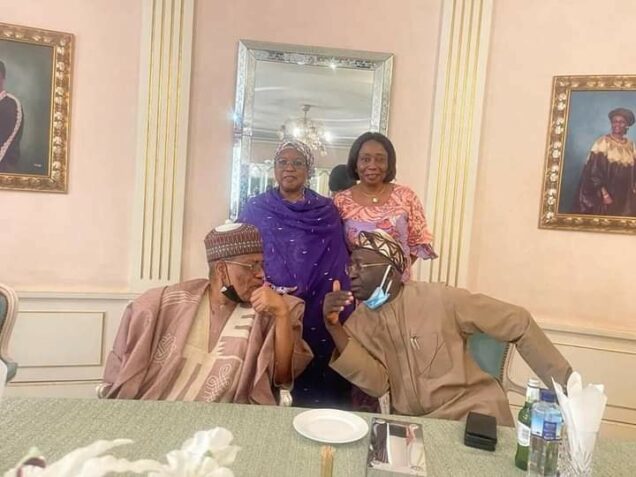 Babangida read from a prepared speech Tuesday as he addressed visiting Iyorchia Ayu, National, chairman of the People’s Democratic Party ( PDP), at his Hilltop Mansion in Minna, Niger State.

Ayu came along with the members of the National working committee of the Party to visit the former military president, who ruled Nigeria between 1985 and 1993.

General Babangida said: “If we have failed to adequately manage the complexities of the competitive Party and electoral politics since independence, we now have a golden opportunity at our present crossroads to turn in the direction of pursuing politics as a public interest project, in line with moral and statutory provisions of article 13 and article 14 of the constitution of Nigeria.”

In reference by the General were sections of the constitution that deal with the Fundamental Objectives and Directive Principles of State Policy..

It says Nigeria should be run on the principles of democracy and social justice.

Subsection B says the security and welfare of the people shall be the primary purpose of government.

Another provision of the section demands that positions in government should be shared to reflect the diversity of the country and ensure no predominance of any section.

Sen. Ayu said, he came with members of the NWC and leaders of the party to seek President Babangida blessings and to tap from his extensive experience and wisdom as a founding father of the PDP.

He added that this is particularly required at this time that there is so much insecurity and division in the country.

Ayu urged Babaginda not to relent in ensuring that the unity of the country which he fought so hard for is sustained.