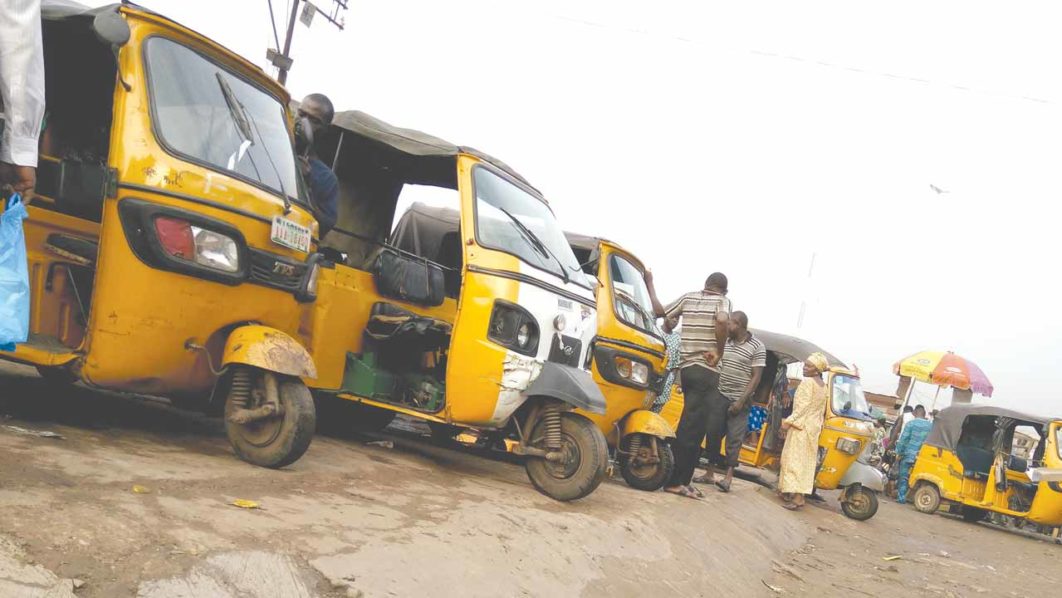 Gov. Ahmadu Fintiri has restricted the movement of commercial motorcycles, known as Keke NAPEP, in Yola and Girei Local Government Areas of Adamawa.

The order was given in a statement issued by Hunwashi Wonosikou, the Press Secretary to the Governor.

Fintiri noted that the restriction was meant to curb rising crimes in affected communities.

“This directive is an executive order for direct response to the growing activities of criminals disrupting the peace of the state.

“This order is with immediate effect from 5 p.m. to 5 a.m. on Tuesday.

“This Order further reinforces Executive Order 1 of 2021 which categorises areas specifically mentioned in the Order”, the governor said.

He described the activities of the miscreants as unacceptable, adding that they have become a threat to the peace, wellbeing, security and stability of the State Politically and Economically and must be effectively curtailed.

He said no responsible government would allow criminals to threaten the peace of its citizens.

He assured that all residents of Girei and Yola South local government areas must live free from thuggery, robbery, maiming and kidnapping and other criminal activities.

“The Executive Order prescribes a penalty of Six Months imprisonment with an option of One Hundred Thousand Naira fine or both, in addition to forfeiting the Motorcycle to the Government if found guilty for violation of the Order.

“The Order also states that any person found on a Motorcycle stationary or in motion, within the prohibited time whether as a rider or passenger shall be liable to prosecution.

“Only those with genuine reasons, such as seeking Medical attention, providing care and assistance to the Vulnerable or travelling for purpose of work classified as essential service are exempted but must justify it as reasonable cause to the Law Enforcement Agencies and the Courts.

“Police and other Security Agencies have been directed to arrest and prosecute any person found contravening the executive order”, he said.