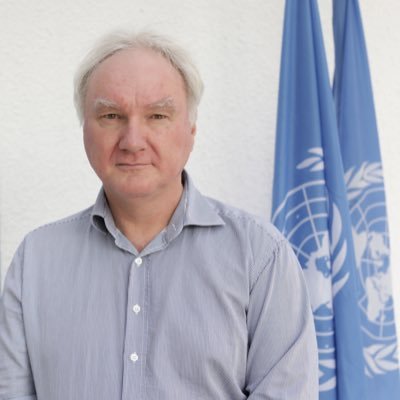 The United Nations has said 1.1 billion dollars will be needed to provide humanitarian assistance to 8.4 million displaced people in the North-East Nigeria in 2022.

Mr Matthias Schmale, UN Humanitarian Coordinator for Nigeria, made this known on Wednesday at the launch of the Nigeria Humanitarian Response Plan 2022 in Abuja.

He said that 8.4 million people from across Borno, Adamawa and Yobe states are in dire need of Humanitarian response having been faced with an alarming large scale Humanitarian and protection Crisis.

Schmale said that many women, men, boys and girls are most effected by the conflict in the northeast, adding that 2.2 million people were internally displaced last year.

“For many people in the north-east where conflict has raged for 12 years we are now seeing the multiple displacements of people who are forced to leave behind thier homes and livelihoods years ago.

“A disturbing aspect of this 12 years old conflict is that there are thousands of children who have never known peace in their lifetime.

“Many children in the northeast have been born into a violent, insecure environment deprived of safety, education, health care and protection that is the right of each child.

“We must continue to explore durable solutions to decongest some of the long standing camps and to care for both immediate needs and long term resilience of the people who are displaced,” he said.

According to him, in 2021 the food security situation in the north east rapidly deteriorated.

He said that there was an increase in food prices, lack of access to farmlands and the effect of climate change contributed to more than a quarter of households becoming food insecure.

He said that humanitarian actors have responded and work jointly to save lives and avert a catastrophic situation last year but unfortunately the danger has not subsided.

Schmale said the projections for food security in 2022 indicates another challenging year ahead that showed that this year could possibly mark the return of populations living in famine-like conditions.

“If we fail to act, if we fail to provide these children and youths with assistance they need, we risk leaving a generation with little hope for their future with untreated scars from psychological trauma,” he added.

Schmale said that the input of traditional leaders and local actors has been indispensable in the development of the 2022 Humanitarian response plan and their active participation in its implementation would be crucial to the success of this response.

The Minister of Humanitarian Affairs, Disaster Management and Social Development, Hajiya Sadiya Farouq, said over the years the Humanitarian community and the Nigerian Government have provided lifesaving support to millions of affected people in Borno, Adamawa and Yobe states.

Farouq said in spite of the affected population showing immense resilience, 8.4 million people in northeast Nigeria are projected to need Humanitarian aid in 2022.

She said that the region was facing a deteriorating protection crisis that disproportionately affects women and girls who are at risk of gender based violence and sexual abuse.

According to her, millions of people struggle to have their basic needs met and the fluctuating food prices have further destabilised the food security situation in the country.

She noted that localisation remains an instrumental part of strengthening the Humanitarian response in the northeast.

The Governors of the three affected states, who joined the meeting visually, gave their commitment to work with united Nations and the office of the Humanitarian Affairs to ensure that the challenges are surmounted and peace return to the regoin.(NAN)