APC may downplay aspirations of some individuals in 2023 - Zulum 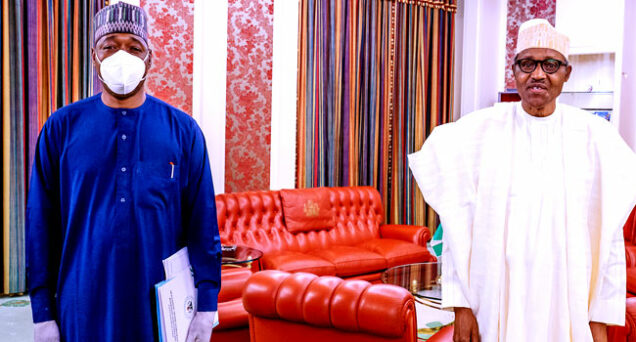 Gov. Babagana Zulum of Borno said the All Progressives Congress (APC) may downplay the aspirations of some individuals before the 2023 general elections.

The governor said the ruling party is only committed to presenting a united front for its success at the 2023 general elections.

Zulum stated this in Maiduguri on Saturday while receiving members of a political pressure group, the Progress Consolidation Group (PCG) who paid him a courtesy visit.

He said that contending interests in the forthcoming presidential primaries and other elections would not stop the APC from reaching a consensus that would consolidate the party’s unity and popularity nationwide.

Zulum stressed his commitment to work with the party’s hierarchy, members of the National Assembly and leaders at all levels to ensure the actualization of President Muhammadu Buhari’s decisions as the party’s de facto leader.

“I am solidly behind initiatives aimed towards enhancing the unity of our party and progress of Nigeria; at this crucial time, no one and nothing will prevent the party from moving in unison.

“We have to identify the right individuals to lead the nation and the task requires the contributions of governors, party hierarchy, and the president working in concert.

“Individual aspirations may have to be downplayed because we all have to concur with the decision of the leader of our party.

“Borno State under me will promote unity and all efforts to ensure the success of the APC,’’ Zulum said.

The governor, who spoke about his humble background as a village boy, said his priority is to ensure that the people of Borno did well within a flourishing economic climate achievable in Nigeria.

Earlier, Chairman of the PCG, Aliyu Kurfi said the group was rooting for the candidacy of Vice-President, Yemi Osinbajo and urged Zulum and other governors to consider the vice-president as the consensus candidate for 2023.

“Even in a crowded race with great individuals, he stands out as an insider with the right level of competence and intellect to do the job better than all others,’’ Kurfi said.