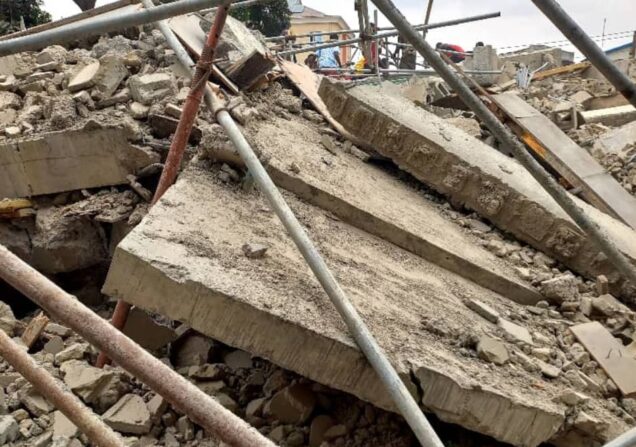 A three-storey building still under construction at No.16 Akanbi Crescent in the Yaba area of Lagos State has collapsed.

Two persons have been confirmed dead, while two others were rescued.

“Two of them have been rescued alive, but two adult males were recovered dead.”

However, an eyewitness said a part of the building had collapsed late last year but the construction did not stop.

Another eyewitness on Lawani Street, a street off the scene of the incident, said her car was affected last year when a section of the building collapsed.

She noted that construction continued despite the police being called in.