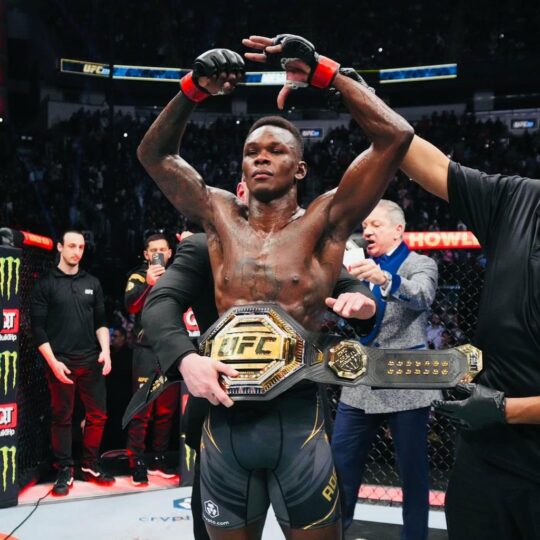 Dabiri-Erwa stated this on Sunday while congratulating Adesanya for retaining the Unified Fighting Championship (UFC) Middleweight Category in a three-set win.

Adesanya retained his title, beating Robert Whittaker in a unanimous decision of 48-47, 48-47, 49-46 at the Toyota Sports Centre, Houston-Texas, USA.

The NiDCOM boss congratulated Adesanya for the giant strides in defeating his arch opponent, Whittaker for the second time to retain the title.

She described Adesanya’s performance as a true reflection of the resilience, passion, dedication and commitment of Nigerians both at home and in the diaspora.

She urged him to sustain the momentum.

Adesanya took on Robert Whittaker in 2019 in Melbourne, Australia through a knock-out.