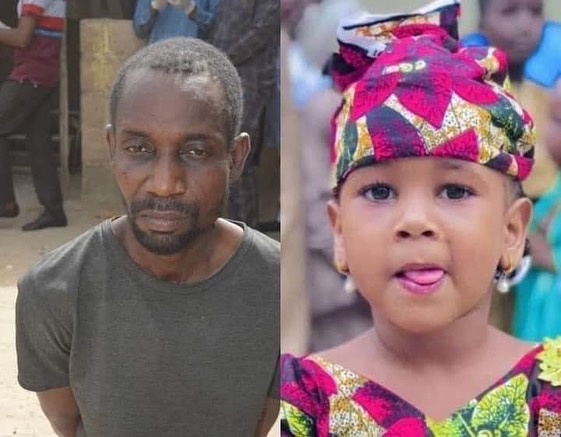 The principal suspect in the murder of five-year-old Hanifa Abubakar in Kano, Abdulmalik Tanko, on Monday denied killing the girl and pleaded not guilty.

However, Tanko, who was accused of abducting and killing Hanifa has denied the allegations against him and two others in court during the trial on Monday (today).

It should be recalled that Hanifa Abubakar was abducted on December 4, 2021 on her way home from Islamiyya and subsequently discovered to have been killed by her teacher and school proprietor, Abdulmalik Tanko, after demanding N6m ransom, at Dakata, Nasarawa Local Government Area of Kano State.

Earlier, Abdulmalik Tanko at the Kano State Police Command confessed to newsmen that he kidnapped and killed the victim, with N100 rat poison before burying her remains in a shallow grave in one of his schools.

At the continuation of the trial, Abdulmalik Tanko and Hashimu made a u-turn, denying allegations that Hanifa was poisoned and buried in a school, as seen in a video earlier in the day.

They only responded to one-third of the charges read to them, which was a conspiracy.

Also, Fatima, who was one of the suspects, denied allegations read to her by writing a letter to Hanifa’s parents, stating that a ransom of N6 million was required on behalf of Abdulmalik Tanko.

The prosecution counsel led by Commissioner of Justice, Barrister Musa Lawan, asked the court to allow them to present their evidence at the next hearing.

The presiding Judge, Justice Usman Naabba adjourned the case till March 2 and 3 for hearing.