Teenager charged with murder over death of baby born of rape 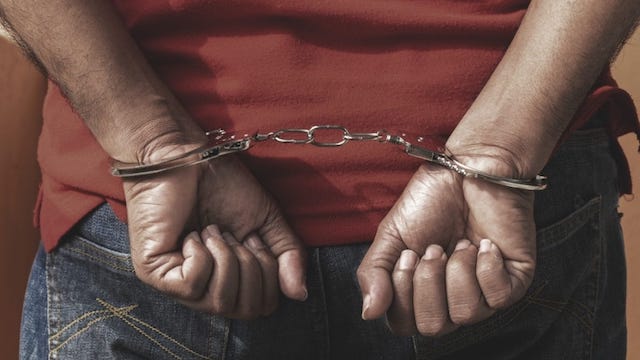 Just an illustration for murder suspect

A Malaysian teenager accused of killing her newborn baby conceived out of rape was charged on Tuesday with murder, her lawyer said, as activists called for her to be released on bail.

According to the police, the 15-year-old, whose identity has been withheld by authorities, was detained after a baby boy was found with stab wounds on his chest in a house in the eastern state of Terengganu.

The charge of murder carries a death penalty in Malaysia, but minors found guilty of capital offences may instead serve a life sentence at the discretion of the country’s king.

The girl has alleged she was raped in 2021 by a man in his 20s whose whereabouts remain unknown, according to the authorities.

Police have launched a separate investigation into the alleged assault and called for the man to turn himself in.

Her lawyer, Nurainie Haziqah Shafii, said she sought bail on the grounds that she was a minor, female, and ill, but the court denied the request without giving a reason.

The Attorney-General’s Office did not immediately respond to an emailed request for comment.

Malaysia’s Human Rights Commission, known as Suhakam, said it was disappointed by the court’s decision to remand the girl in custody.

“(The court) should consider the girl’s state of mind and ensure she is detained in hospital,” Suhakam commissioner, Noor Aziah Mohamad Awal told Reuters.

A Malaysian parliamentary committee on children and women’s affairs on Saturday expressed concern about classifying the case as murder.

It said the killing of a baby by its mother within 24 hours of birth should be considered infanticide, an offence where the defendant qualifies for bail. (Reuters/NAN)