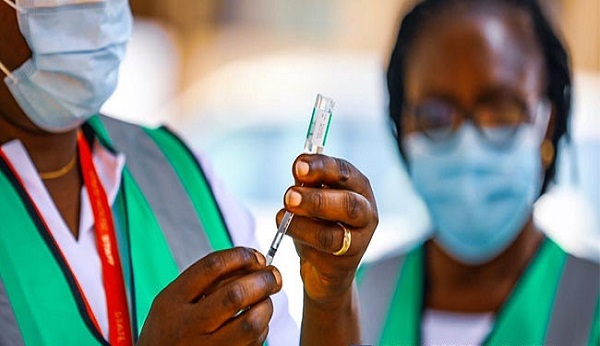 The Executive Secretary, Benue Primary Healthcare Board, Dr Bem Ageda said 98,271 people have been fully vaccinated against the COVID-19 pandemic in the state.

Ageda, represented by the Health Educator in the agency, Mr Emmanuel Beeka, made this known at a one-day Media Refresher Orientation workshop organised by Breakthrough ACTION Nigeria (BA-N), an NGO, for media professionals in Makurdi.

He said explained that out of the number, 72,996 persons were fully immunised using the Astrazeneca vaccine.

He also said that out of the 180,226 people who took their first jab of AstraZeneca, only 72,996 completed their dose.

“Out of the number of people who completed their dose, only 996 have taken their booster shots,” Ageda said.

He said that Benue recorded one case of fatal side effects.

“The patient is a staff of the Benue State University Teaching Hospital (BSUTH).

“I call on the people of the state to take the vaccine against COVID-19. It is safe and free.

“The board is not resting on its oars in carrying out sensitization on the need for people to be immunised as a measure of checking the spread of the virus.

“I commend international organizations such as the UNICEF for their sustained support to the board.

“We established 298 sites across the state to facilitate easy access to the vaccines,” Ageda said.

Meanwhile, the State Epidemiologist, Dr Samuel Ngishe, said that Benue recorded a total of 47,569 suspected cases out of which 2,141 cases had been confirmed.

“Makurdi Local Government Area (LGA) recorded the highest rate of deaths with 24 followed by Gboko with one case,” Ngishe.

The state Commissioner for Health and Human Services, Prof. Joseph Ngbea, stressed that immunisation and vaccination remained the mainstay in eliminating diseases.

He expressed worry that social and cultural barriers had continued to be a hindrance to raising the consciousness of the people towards COVID-19 vaccination.