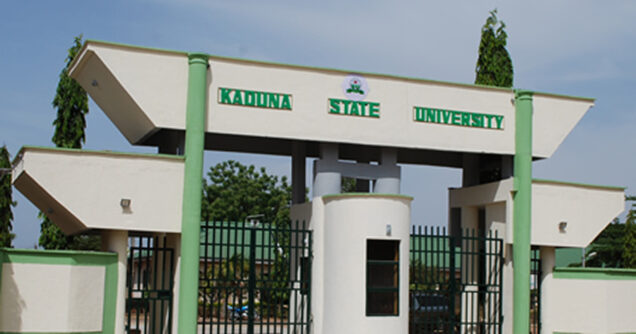 This is contained in a notification jointly signed by the chairman of the university’s chapter of ASUU, Dr Peter Adamu, and the Secretary, Mr Abubakar Jumare.

The notification was addressed to the Ag. Vice-Chancellor, Prof. Yohanna Tella.

The union said that the four-week warning strike in KASU took effect from Feb. 16.

“We wish to notify you of the strike action of our union to press home our demands.

“In line with the directive of the union, the congress in its meeting held on Feb. 16 agreed that the strike in KASU should commence with effect from Feb. 16 and will last for four weeks.

“We wish that no member of the union will be victimised in the exercise of their civic rights as members of the union,’’ the notification read.

ASUU declared the warning strike on Monday when it said the Federal Government had yet to meet its demands.

Fundamental issues that led to the strike according to the union are non-compliance with the 2019 ASUU-Federal Government Memorandum of Agreement, and neglect of the negotiation of the 2019 agreement.

Others are non-implementation of University Transparency Accountability Solution, in preference for the Integrated Personnel Payroll System, Earned Academic Allowance and amendment of the National Universities Commission Act to stop the proliferation of state universities.

Reacting to the notification, a 300-level Entrepreneurship Student in the school, Victoria Peter, described the step as very disturbing and urged the Federal Government to resolve the pending issues.

“Recurrent strikes in universities are so discouraging. We are preparing for second semester examination next month and now our lectures are on strike.

“The Federal Government and ASUU should work towards a lasting solution to these recurrent strikes that are costing our parents so much by elongating the dates of our graduation,’’ Peter said.