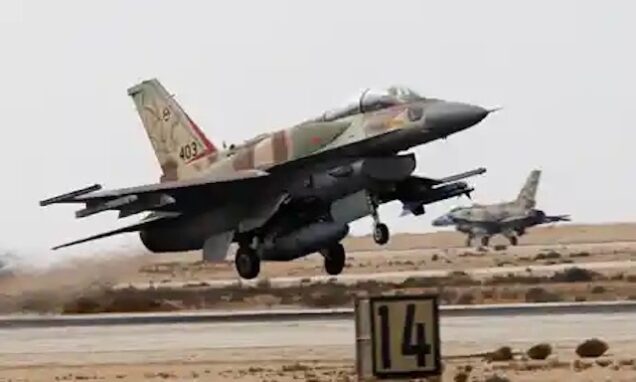 Israeli air force and Lebanon’s Hezbollah group were locked in an aerial show of deterrence on Friday, at least for some one hour.

Hezbollah started it all when it flew a drone over Israel on a reconnaissance mission for 40 minutes.

The drone returned untouched despite attempts to shoot it down, a statement carried by the group’s Al-Manar TV said.

Israeli aerial defences were triggered and fighter jets scrambled after a radio-controlled aircraft crossed into Israel from Lebanon on Friday, Israel’s military said.

Moments after, Lebanese capital Beirut recorded a loud sound believed to have been caused by Israeli warplanes flying over, according to a security source and a Reuters witness.

Israeli planes were flying low over Beirut at the time, the security source said.

A Reuters witness reported two jets in the skies over the capital.