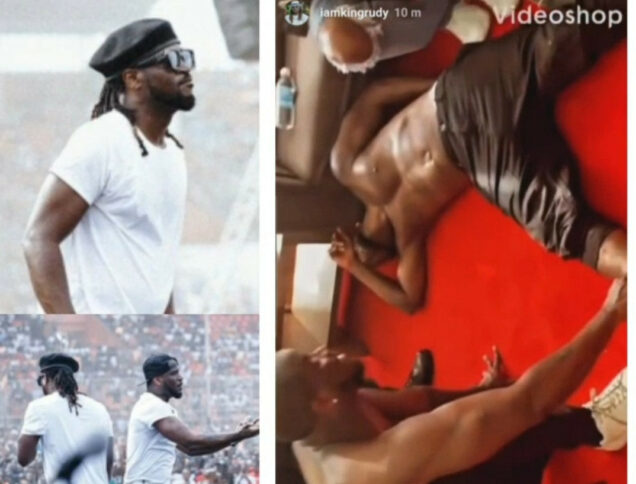 Singer Paul Okoye of P-Square suffered an injury shortly after a performance in Liberia.

Paul and his twin brother, Peter, had traveled to Liberia for a show in which they thrilled their fans.

Taking to his Instastories after their performance, Paul stated that he sustained an injury on his leg.

He was however attended to by some medical personnel present at the show.

Watch the videos from Liberia below: