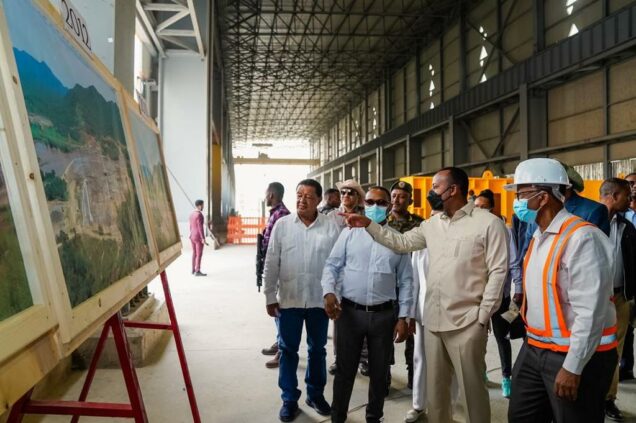 It is set to be the largest hydroelectric plant in Africa, state-run Ethiopian Broadcasting Corporation (EBC) reported.

“The dam’s electricity generation is a blessing for the downstream countries too.

“We want to export our pollution-free power to Europe through Sudan and Egypt,”’’ Ahmed said during the inaugural ceremony.

Ethiopia’s state television reported that one of the 13 turbines of the grand dam commenced power generation on Sunday, with a power generating capacity of 375 megawatts of electricity.

The first power generation comes as Ethiopia’s downstream neighbours – Egypt and Sudan – view the dam as a threat to reduce the volume of water reaching their territories.

Addis Ababa claims the dam is essential for its electrification and development and will insignificantly impact the downstream countries.

Ethiopia frequently said the dam is essential for its development and will enable it to distribute power to its population of more than 110 million.

The East African nation had initially planned to generate around 6,500 megawatts of electricity from the dam, which is now 84 per cent complete.

The power generating capacity was later reduced to 5,150 megawatts.

The dam is being built on the Blue Nile River in Ethiopia’s Benishangul-Gumuz Regional State with a designed total water holding capacity of 74 billion cubic metres.