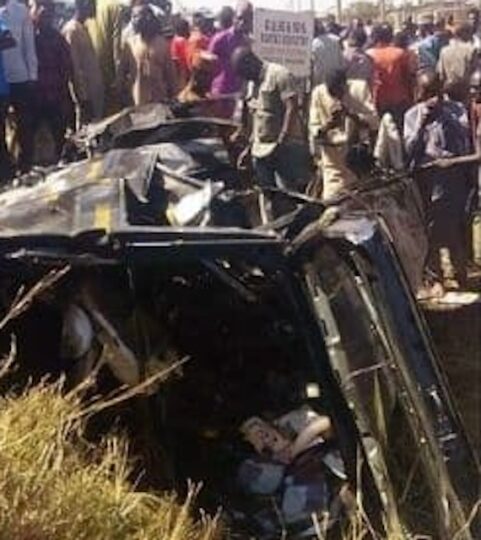 An accident scene in Bauchi

Four people died, while seven others sustained injuries in an auto crash that occurred in Bauchi on Sunday.

The sector commander explained that the accident occurred around 2:45 p.m, while personnel of the corps arrived the scene in record time.

Abdullahi attributed the crash to speed violation and dangerous driving.

“Fourteen people were involved in the crash and there were nine male adults, four female adults, one female child.

Abdullahi explained that the remains of the deceased had been deposited at the morgue of State Specialist Hospital for identification.

He said that the injured people were also responding to treatment at the same hospital.