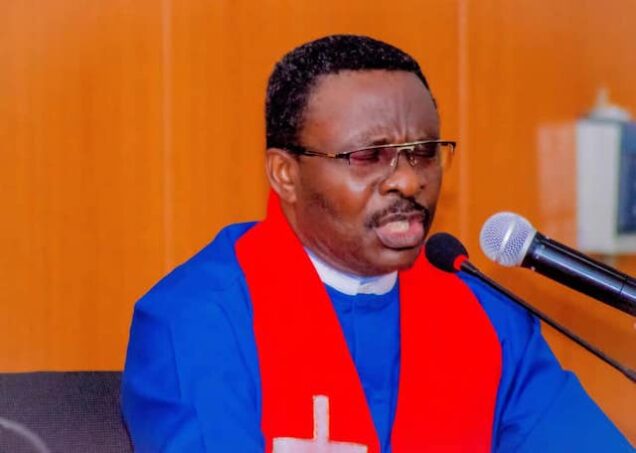 The Kano branch of the Muslim Rights Concern (MURIC) has accused the Christian Association of Nigeria of playing religious politics.

MURIC said the president of the Christian Association of Nigeria (CAN) Rev. Dr. Samson Ayokunle, had said that CAN will mobilise all Christians in Nigeria to produce a Christian president in the 2023 presidential election.

A statement issued by the chairman of the Kano branch of MURIC, Mallam Hassan Sani Indabawa, however, said CAN was misleading its followers by claiming that Christians have the number to install a Christian president without Muslim input.

“The president of the Christian Association of Nigeria (CAN) Rev. Dr. Samson Ayokunle, has said that CAN will mobilise all Christians in Nigeria to produce a Christian president in the 2023 presidential election (https://www.newtelegraphng.com/2023-well-mobilise-christians-to-produce-buharis-successor-can/).

“Rev. Ayokunle spoke in Jos yesterday, Sunday, 20th February, 2022 during an interview with journalists after delivering a church sermon on the theme ‘Defeating your enemies through the power of unity’ which was held at COCIN Church, Rahwol Kanang, Jos, Plateau State.

“It is rather unfortunate that whereas global best practices dictate that emphasis should be placed on merit instead of religion in the choice of leadership, CAN is fanning the embers of religious politics. Ayokunle is making a ridiculous claim of a Christian majority status in the Nigerian demographic architecture. It is false, myopic, parochial, untenable and unacceptable.

“Where did he get the data? What is the basis of his claim? He should know that such a claim will awaken the political consciousness of Muslims in the country. Why wouldn’t he allow the electorate to choose their preferred candidate based on merit, credibility and integrity?

“The claim that Muslims have always ruled the country is neither here nor there. Dr. Nnamdi Azikiwe, a Christian from Eastern Nigeria, was the first president of this country. He was followed by Aguiyi Ironsi, also a Christian. Then came Yakubu Gowon, another Christian. That is three Christians in a row. Did the Muslims complain?

“So what is wrong if a Muslim president emerges after President Muhammadu Buhari? That will be just two Muslims, not three back-to-back like the Christian rulers did. Tolerance necessitates patience. CAN needs to exercise patience. They should think of others when making demands. They should also remember what they have enjoyed and allow others to have their share.