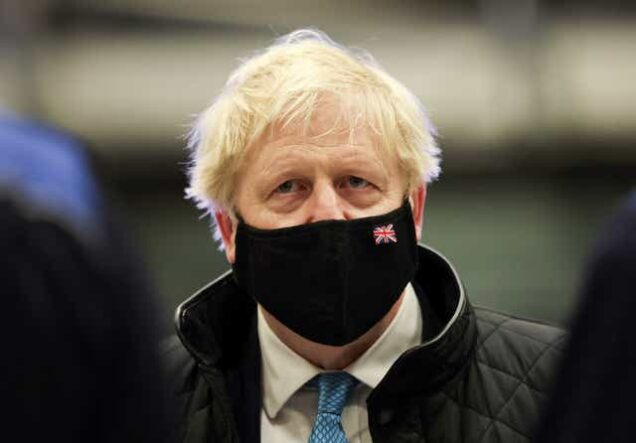 British Prime Minister Boris Johnson will on Monday set out plans to scrap coronavirus restrictions as part of a “living with COVID” strategy.

The strategy aims to achieve a faster exit from the pandemic than other major economies.

As Hong Kong builds isolation units and Europe retains social distancing and vaccine rules, Johnson will announce the repeal of any pandemic requirements that impinge on personal freedoms.

The announcement will be made a day after Queen Elizabeth tested positive for the virus.

Under the plans, which have been in the works for weeks, Britain will become the first major European country to allow people who know they are infected with COVID-19 to freely use shops, public transport and go to work.

Johnson said on Sunday he did not want people to “throw caution to the wind” and there was no cause for complacency, but the vaccine rollout meant the government wanted to move from state mandation to encouraging personal responsibility.

Among adults, 81% have been boosted in England.

“Today will mark a moment of pride after one of the most difficult periods in our country’s history as we begin to learn to live with COVID,” he said in a statement ahead of Monday’s announcement to parliament.

Britain’s toll of more than 160,000 fatalities within 28 days of infection is the second-highest in Europe after Russia’s, and it reported an average of around 43,000 cases and 144 deaths a day in the last week.

Medical leaders have urged Johnson not to be “gung-ho” with the nation’s health, and government advisers have said dropping restrictions could lead to rapid epidemic growth as people change their behaviour more swiftly than at previous times in the pandemic. read more

So far the government has sought to keep the economy open by combining mass rapid testing with a legal requirement for five days of self-isolation, an approach that enabled the country to navigate the highly transmissible Omicron variant.

The government said it would retain some surveillance systems and plans for contingency measures if a new variant appears after British scientists detected earlier variants.

Johnson was asked on Sunday if he was taking a risk with the pandemic. He said the government could not keep spending at a rate of 2 billion pounds ($2.7 billion) a month on testing.

He has also come under pressure from many members of his Conservative Party to scrap COVID-19 restrictions, which they see as draconian.