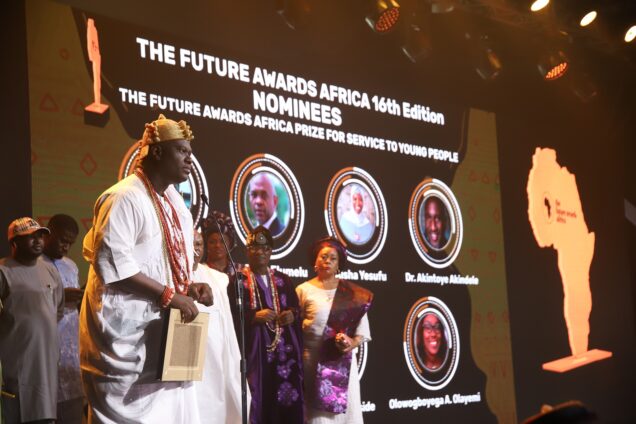 Hosted by past TFAA winner and On-Air Personality, Nancy Isime, this year’s Awards which was themed ‘Challengers and Builders’ sought to recognise those who have challenged the norm and made noteworthy contributions in their respective fields.

The Future Awards Africa 2022 is powered by The Future Project, with support from financial investment platform, Zedcrest. Official hashtags are #TFAA16 and #Challengersandbuilders.