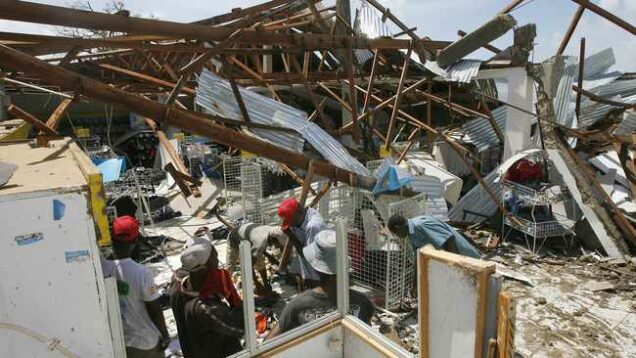 Winds of up to 135 kilometres per hour (84 mph) battered Madagascar early on Wednesday as Cyclone Emnati made landfall, becoming the fourth major storm to hit the Indian Ocean island in a month.

Emnati struck on the southeastern side of the island, where another cyclone, Batsirai, killed scores of people just under three weeks ago.

More than 30,000 people were evacuated ahead of Emnati’s path as a precaution, the government’s Office for Risk and Disaster Management said late on Tuesday.

But it was later on Wednesday reclassified as a tropical storm as its speed slowed to 100 kmh (62 mph) and there were no early reports of casualties or damage.

Emnati was expected to exit into the ocean by Wednesday evening, the meteorological department said.

The island is still recovering from the effects of Cyclone Batsirai, which hit on Feb. 5, killing at least 124 people, damaging or destroying the homes of 124,000 and displacing around 30,000.

Clare Nullis, a spokeswoman at the World Meteorological Organization, said it was rare to have groups of cyclones in the same area in close succession.

“Ocean heat is one of the factors in rapid intensification of cyclones,” she told Reuters, adding that right now there was no evidence of an increase in the overall number of tropical cyclones.

However, the Intergovernmental Panel on Climate Change, a United Nations body, has forecast that the proportion of intense tropical cyclones will increase.