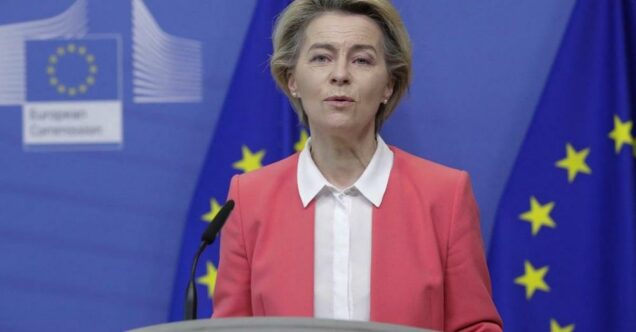 European Union leaders will impose new sanctions on Russia by freezing its assets, halting access of its banks to the European financial market and targeting “Kremlin interests”.

Senior officials of EU outlined the array of sanctions Thursday in reactions to Russia’s “barbaric attack” on Ukraine.

Russian forces fired missiles at several cities in Ukraine and landed troops on its coast on Thursday, officials and media said, after President Vladimir Putin authorised what he called a special military operation in the east. read more

“President Putin is responsible for bringing war back to Europe,” European Commission chief Ursula von der Leyen said, adding that the EU would hold him accountable.

“With this package, we will target strategic sectors of the Russian economy by blocking their access to key technologies and markets,” she said in an emergency statement.

“We will weaken Russia’s economic base and its capacity to modernise.

“In addition, we will freeze Russian assets in the EU and stop the access of Russian banks to the European financial market.”

The EU approved a first round of sanctions on Wednesday, including blacklisting Russian politicians and curbing trade between the EU and two breakaway regions of eastern Ukraine whose independence Putin has recognised. read more

The new measures, to be discussed at an evening summit of national EU leaders starting at 1900 GMT, will be “the harshest package of sanctions we have ever implemented”, the bloc’s foreign policy chief, Josep Borrell, said.

“This is among the darkest hours for Europe since the end of World War Two … Russia’s leadership will face unprecedented isolation.”

The EU will also prepare a new aid package for Ukraine, he added.

“We will also be active in supporting evacuation operations, including our own staff in zones affected by this Russian attack,” he said.