"Hold Me": Dice Ailes links up with Tiwa Savage 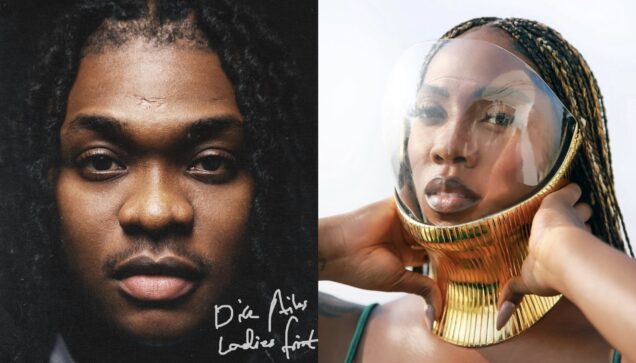 His first single release of 2022, ‘Hold Me’ sees Dice Ailes step away from his familiar theme of money and the upscale lifestyle to croon sensual infatuation on the musical that enthuses listening ears with its Caribbean melodies.

Also, the bold swanky vocals from Dice Ailes and the Contralto harmonies of Tiwa Savage who makes a perfect collaborator on the R&B number reminiscents of the good old 90s vibe.

This new release is a welcome development for fans of Dice Ailes who have anticipated new music since his last official drop, Money Dance in 2021, which interestingly has now garnered over a million worldwide streams.

Ailes had earlier launched his entertainment imprint, TMM (The Money Mob) last year and at the end of summer, collaborated on one of Naija’s biggest viral sounds of 2021, Focus to drop a remix.

He then began the new year with a first leg of promo appearances in the city of Nairobi, Kenya as part of activities in the buildup to a forthcoming EP project, which he already revealed to be a collection of classics.

‘Hold Me’ is the first feature from the forthcoming EP out next month and the track stars Tiwa Savage whose substance is beyond her insanely sweet vocals.

There’s the armory she embodies as a self-acclaimed African bad girl and Naija Queen of Afrobeats, adding that with the stanship she commands from a cult following of millions of Savage soldiers on and off social media.

The kickass pair of Dice and Tiwa would be better imagined in the visual accompaniment, which has been shot and set for premiere at a later date.