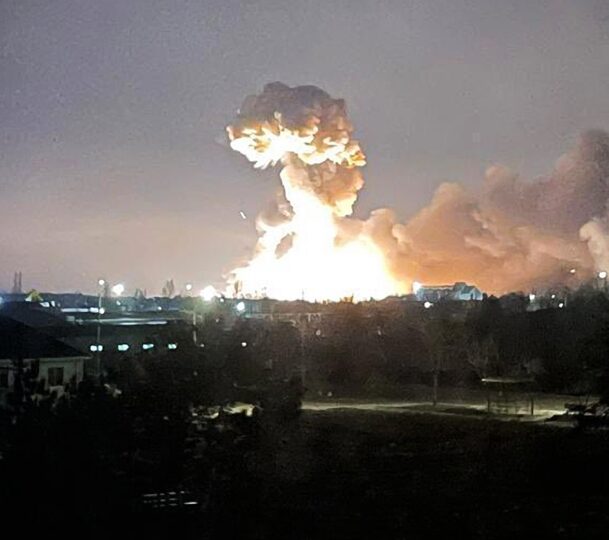 One of the Russian missile blasts in Ukraine on Thursday

The Russian Defence Ministry has announced that Ukrainian air defences have been neutralised with precision weapons.

“The military infrastructure of Ukrainian military air bases has been put out of action”, the statement on Thursday read.

“The air defences of the armed forces of Ukraine have been neutralised”.

The Russian MoD also noted that the border services of Ukraine “do not show any resistance” to Russian troops.

The ministry noted that Ukrainian cities are not targeted, and only military facilities are being neutralised.

The tensions in Ukraine have been mounting over the past several weeks, with the Ukrainian military carrying out multiple shellings against the Donbass republics.

Moscow then recognised the independence of breakaway republics of Lugansk and Donetsk.

It urged Kiev to stop the war in the region.