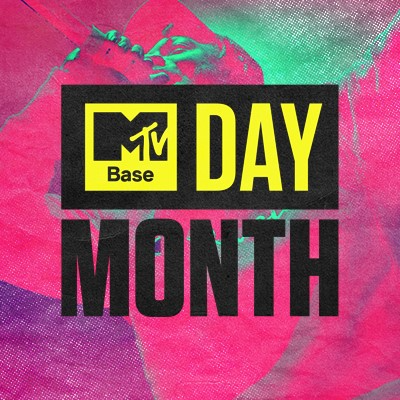 As the leading youth, entertainment and culture brand on the continent, MTV Base has captured the hearts and minds of young viewers since its historic launch in 2005.

The story of MTV Base mirrors the growth and evolution of Africa’s entertainment industry and demonstrates the impact the brand has had in elevating culture, providing global exposure to African talent to thrive on some of the world’s biggest stages.

Each year we celebrate what MTV Base is all about, and this year is no different. With renewed energy after everything we have been through as a continent over the last two years, MTV Base is doing it bigger and better as we start the celebration of “MTV Base Day” on the 22nd of February.

On “MTV Base Day” last year, the brand unveiled the Culture Squad, a team of visionaries, creatives and trendsetters who are pushing the culture forward across the network’s youth brands, namely Uncle Vinny, Shamiso Mosaka, Nomalanga Shozi, Tshego Koke, and Lerai Rakoditse in SA as well as Ehiz Dadaboi, Nenny B and Folu Storms in Nigeria.

This year’s “MTV Base Day” celebrations will feature the Culture Squad with some exciting fresh faces as they return to the streets hitting some of the biggest venues around the country to celebrate with our audiences.

MTV Base has had a major impact on youth culture and its commitment to elevating African talent cannot be understated.

Thousands lined up for their shot at fame at the popular MTV Base VJ search competition which opened up the industry introducing us to the likes of Nomuzi Mabena, Sizwe Dhlomo, Fikile ‘Fiks’ Moeti, Ehiz Okoeguale, Folu Storms, Tshego Koke, Kim Jayde and Nomzamo Mbatha to name a few. African music has also been celebrated on global stages with the likes of Wizkid, Prince Kaybee, Tiwa Savage, Burna Boy, Davido, Diamond Platinumz, Sauti Sol, Locnville, Freshly Ground and D’banj all taking home the coveted Best African Act Award at the MTV EMAs.

Closer to home, the introduction of the MTV Africa Music Awards (MAMA) was a game-changer for African music which celebrated superstars across the continent with South Africa, Nigeria and Kenya playing host. To put it simply, MTV Base has taken the sounds, culture and stars of Africa to the world.

Monde Twala, Senior Vice President and General Manager at the recently rebranded Paramount Global commented “The celebration of MTV Base Day is a significant milestone. What we have been able to achieve as a brand over the years is a testament to the growth of African entertainment.

“We are truly proud to have opened up the industry giving African talent the platform to shine, here at home and across the world. We are committed to continually pushing the culture forward collaborating with trendsetters, content creators and African superstars in elevating our narrative.”

As the iconic youth and culture brand marks its “MTV Base Day” milestone it promises a month of celebrations on-air with the Culture Squad on shows such as Newish and more across the channel.

MTV Base will also be taking it to the streets at events in South Africa and Nigeria, which kicked off this past weekend at KONKA All White Summer finale in South Africa with the likes of Culture Squad members Shamiso Mosaka, Tshego Koke and Naledi Radebe in attendance.

The next stop will be at the Mainland Block Party, MTV Base Anniversary edition, on 27 February in Lagos. Fans can expect a whole lot more as the “MTV Base Day” month-long celebrations go nationwide in SA at culture events and venues like Cotton Fest, Black Coffee’s Birthday, Rich Thursday in Durban, Kwa Ace and Rands in Cape Town as well as other activations in Nigeria.

For the best in youth entertainment and more on their “MTV Base Day” celebrations be sure to stay tuned to MTV Base (DStv Channel 322).