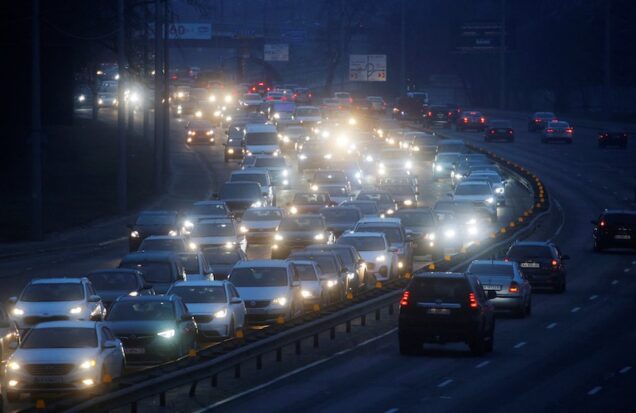 Thousands of Ukrainians chose to flee the capital of Kyiv after Russia’s attack early Thursday morning.

Heavy traffic appears to be all moving west, away from where explosions were heard this morning, with few cars going east.

Explosions were heard from the east of the city, in the direction of Boryspil International Airport today.

Explosions have also been reported in other parts of Ukraine including Kharkiv and the port city Odessa.

However, people inside the under-siege country have been warned not to panic, as a state of martial law has been declared.