TomTom to sponsor new season of MTV Base Cypher 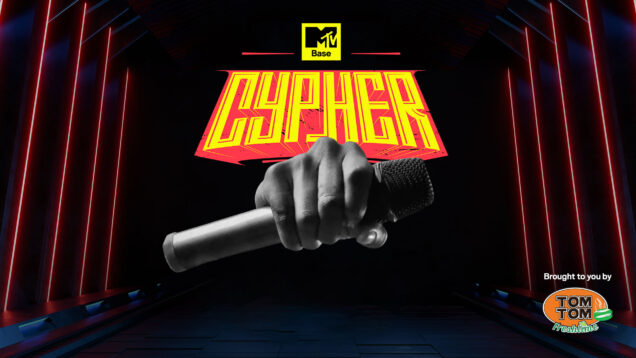 MTV Base has announced Nigeria’s number one candy brand, TomTom, as the official sponsor of the new season of MTV BASE CYPHER which premieres on Sunday, 27 February 2022, at 19:00 WAT.

Tagged ‘Freshman Class’, the all-new season (third in the sequence) is set to feature series of thrilling rap battles, amongst different teams, with winners to be determined by the viewers.

Speaking about the TomTom sponsorship of the show, Category Manager, Morolake Emokpaire, says that “Through the MTV Base Cypher, we are connecting the TomTom’s essence of giving consumers the clarity of voice and confidence for expression with the passion point of millions of Nigerians, music.

Having kicked off our IMC campaign (Breathe For It) last year, sponsoring the MTV Base Cypher is just one of the many activities we have in store for TomTom.

As a music genre that is fun, vibrant, refreshing and edgy, Rap is an integral part of the Nigerian music culture. It embodies the lyrical uniqueness and expressions of individual talents, and that’s something we connect to as a brand.”

Base cypher is a short form that caters to the rap culture and gives performers an opportunity to share their truth.

This season’s MTV Base Cypher’s ‘Freshman Class’ will see Africa’s best young, up and coming rappers paired up into various groups for a friendly face-off and a chance to win the grand prize of one million naira.

The Country Manager, Paramount Africa, Bada Akintunde-Johnson, said, “Nigeria’s music industry is brimming with refreshing talent. So far, we have seen hip-hop, soul, afro-pop, afro-fusion and similar genres of music flourish. MTV Base launched the Base Cypher to ensure that while engendering an enabling environment for music artistes, no genre is left behind.”

“Rap culture has blossomed in Nigeria, and we have quite a number of quality lyricists seeking global platforms like MTV Base to showcase their talent to a wider audience. Through the Cypher, we want to give budding artistes the visibility they need to ‘blow’”, he continued.

To catch all episodes of MTV Base Cypher ‘Freshman Class’, tune in to MTV Base DStv Channel 322 and GOtv Channel 72, every Sunday at 19:00 WAT starting 27 February 2022. You can also follow @mtvbasewest across all social media platforms for more exciting scoops from the show and join the conversation using the hashtags #TomTomxMTVBase and #MTVBaseCypher.