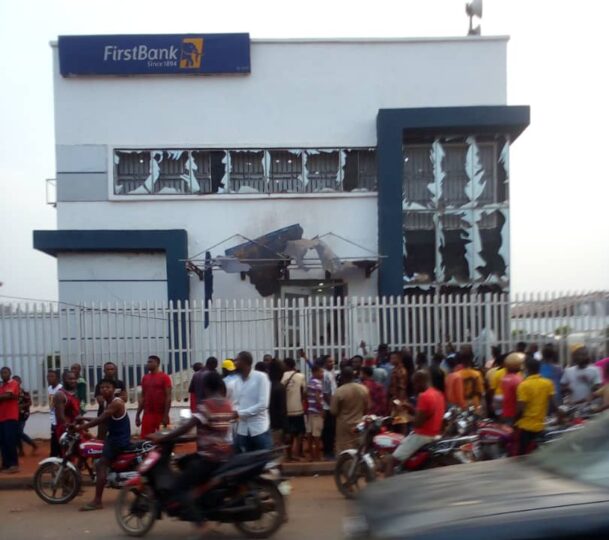 First Bank, one of the banks the robbers hit

According to sources in the town, the affected banks are Zenith Bank, First Bank, Unity Bank and the United Bank for Africa (UBA).

The robbers struck on Thursday evening simultaneously at the four banks.

Eyewitnesses said the gunmen got to the town in their numbers and in several vehicles before they attacked the four banks with dynamites.

He also confirmed the killing of the two Police officers and five civilians in the attack.