Amotekun not in rivalry with other security agencies - Akeredolu 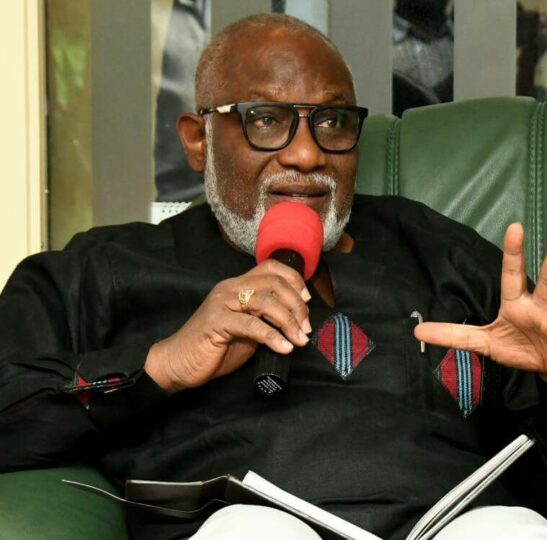 Governor Oluwarotimi Akeredolu of Ondo State on Thursday said that the existence of the State Security Network, Amotekun Corps, was benefiting the state and other major security outfits.

Akeredolu, who said Amotekun was not created to be rival to other security agencies, called for cooperation and synergy among sister agencies and the state security outfit.

The governor spoke in his office while receiving the new Comptroller of the Nigeria Immigration Service (NIS) in the state, Dayo Oni.

He noted that the Amotekun corps could be of immense help to the NIS, adding that the state security agency was familiar with the terrain in the state and could offer its assistance on issues of security across the sunshine state.

“We know your duties and responsibilities as immigration service. We do appreciate what you do. I know that before you came here, as you rightly noted, we have always assisted your previous colleagues.

“Amotekun is a child of necessity and it has come to stay and the state is better for it. Work with Amotekun. It is not created to rival you. Work with them. Amotekun can help you,” Akeredolu said.

The NIS boss, Oni, commended the approach of the governor to tackling security challenges in the state, stressing that the formation of Amotekun was one great intervention that had received applause from everywhere.

“I want to appreciate you for what you have been doing for the NIS. I am new but the record is there. But like Oliver Twist, I will still ask for more, especially in the area of operational vehicles.

“I want to really commend the governor for his approach on crime, particularly on the formation of Amotekun,” Oni said.