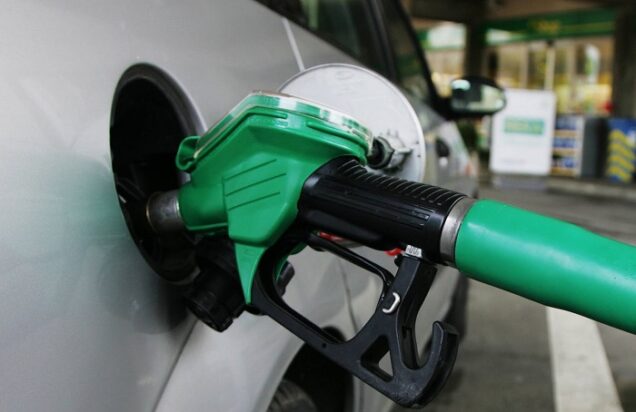 As fuel scarcity continued unabated nationwide, Bayelsa has directed that no fuel station should sell petrol above N230 per litre as against the national price of N165 per litre.

Inaugurating a monitoring team on the pricing and distribution of petroleum products in the state, the deputy governor, Mr Lawrence Ewhrudjakpo, also directed that no consumer should get more than 25 litres in a jerrycan.

The directives, he said, would be in force until normalcy returned to petroleum products distribution and supply.

Ewhrudjakpo assured that the government was taking every necessary step to end the scarcity speedily.

The deputy governor noted that Bayelsa had the least allocation of petrol from the NNPC.

He argued that making Bayelsa to pay the same amount for fuel subsidy as states with lion’s share of allocation of petrol amounted to robbing Peter to pay Paul.

He urged the Federal Government to stop the perceived injustice by ensuring that each state paid for fuel subsidy based on the volume of petrol consumed, or number of trucks allocated to it every month.

Ewhrudjakpo said Bayelsa would examine the possibility of establishing a fuel depot as its unavailability badly affected fuel, supply in the state.

Also speaking, the Chairman of the Bayelsa State Petroleum Taskforce, Mr Richman Samuel, said through effective negotiation, fuel price was brought down from N300 per litre to N230 per litre in the wake of the current scarcity.

He appealed to marketers to maintain the negotiated price.

Samuel said the task force had been working round the clock in collaboration with other relevant stakeholders to ensure that the situation was brought under control.

In his remarks, the Chairman of Petroleum Products Retail Outlets Owners Association of Nigeria (PETROAN), Mr Dukumor Taremi-West, assured that marketers would not take undue advantage of consumers.

He stressed the need for relevant agencies to query the alleged whereabouts of two truckloads of petrol allocated to the NNPC Floating Station at Nembe, not long ago.

Earlier, the Operations Controller of the Nigerian Midstream and Downstream Petroleum Regulatory Authority, Bayelsa Field office, Mr Ogbe Nicholas, urged the public not to panic as there was enough petrol around the corner.

He said the Bayelsa Field Office had already placed an order for 10 trucks of petrol from the Warri and Port Harcourt depots.

Ogbe noted that the absence of a depot in Bayelsa adversely affected supply of fuel and left the state at the mercy of oil marketers.

The monitoring team is made up of men of the Bayelsa Petroleum Taskforce, the Bayelsa Field Office of the Nigerian Midstream and Downstream Petroleum Regulatory Authority, and the Independent Petroleum Marketers Association of Nigeria.

It also has men of the Nigerian Security and Civil Defence Corps, those of the Department of State Services, as well as the Petroleum Products Retail Outlets Owners Association of Nigeria as members. (NAN) (www.nannews.ng)