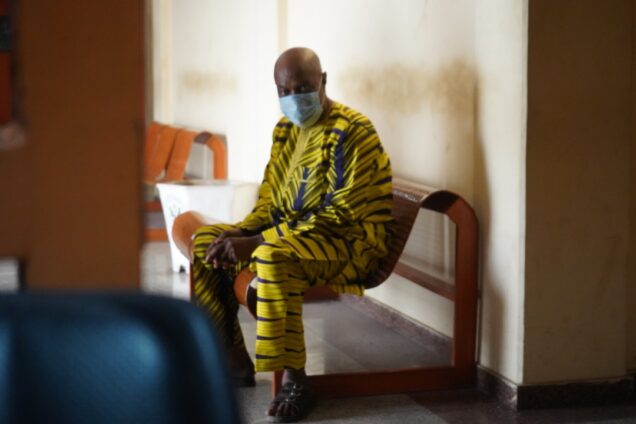 The Independent Corrupt Practices and Other Related Offences Commission (ICPC) has arraigned a retiree, Mr. Nyong Effiong Major, over his alleged involvement in pension fraud.

Major retired from the Federal Ministry of Justice, after 32 years in service.

He was charged before Justice H. Muazu of the Federal Capital Territory (FCT) High Court 27, sitting in Abuja, on allegations of corruptly receiving pensions from the National Youth Service Corps (NYSC) where he never worked.

The Commission, in a three-count charge, accused the pensioner of receiving the total of N667.871.43, over a period of eight years, as pension from NYSC beside his entitled pension from the Ministry of Justice.

The offence which was committed between May 2010 and April 2018 contravened Section 13 of the Corrupt Practices and Other Related Offences Act, 2000 and is punishable under Section 68 of the same Act.

One of the charges reads, “That you Nyong Effiong Major, sometime between May 2010 and April 2018 or thereabout in Abuja, within the jurisdiction of this honourable court, did receive the sum of N667,871.43 which was obtained by an act constituting a felony to wit: obtaining by false pretence, knowing that the money had been so obtained and you thereby committed an offence contrary to Section 13 and punishable under Section 68 of the Corrupt Practices and Other Related Offences Act, 2000.”

The alleged offence by the accused, who retired in 2005 from the Ministry of Justice, was uncovered in 2018 during a verification exercise by the Pension Transitional Arrangement Directorate (PTAD).

He was found to have been receiving monthly pension from NYSC, which he claimed to be on behalf an uncle, one Lawrence Etim Major that retired from the Corps.

Although, the said Lawrence Etim Major did retire from NYSC as a gardener, he was however not entitled to any pension, ICPC prosecutors said.

The accused pleaded not guilty when the charges were read to him.

His counsel, M. Adejuwon, in an oral application, prayed the court to grant him bail on health grounds.

The bail application was not opposed by the prosecution counsel, N. Onwuka, as she told the court that all offences under the Corrupt Practices and Other Related Offences Act, 2000 were bailable.

The trial judge admitted him to bail in sum of N500,000 and a surety in like sum.

The surety must be a resident of the Federal Capital Territory, Abuja, the court ruled.

The matter was then adjourned to 29th March 2022 for commencement of hearing.