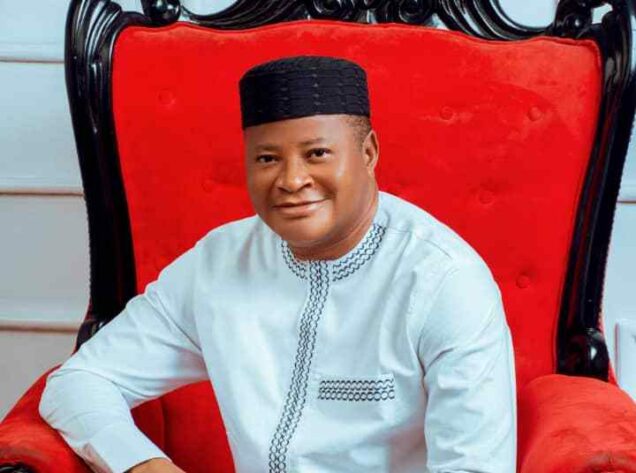 Governor Seyi Makinde has approved the appointment of Olaniyan Babatunde David, a former Deputy Speaker of the State’s House of Assembly, as the Sole Administrator of the Shooting Stars Sports Club (3SC), Ibadan.

Makinde, in an appointment letter signed on his behalf by the Secretary to the State Government, Mrs. Olubamiwo Adeosun, congratulated Olaniyan.

He urged him to discharge his duties with “absolute loyalty, dedication, and diligence.”

“I am delighted to inform you that the Governor of Oyo State, His Excellency Governor ‘Seyi Makinde, has graciously approved your appointment as a Sole Administrator for Shooting Stars Sports Club (3SC) with effect from 24th February 2022,” the letter read.

Olaniyan, who holds a Bachelor of Education degree in Kinetics and Health Education from the University of Ibadan.

He is a Nigerian Football Grade 1 Referee, who has also occupied the seat of Chairman, Oyo State Football Referee Academy since 2004.

He has also served as Premier League Football Match Commissioner since 2010.

The newly-appointed Sole Administrator of 3SC was first elected into the Oyo State House of Assembly representing Constituency 1, Ibadan North State Constituency during the aborted Third Republic in 1987.

He was re-elected to represent the same Constituency as a member of the Peoples Democratic Party (PDP) in 2004.