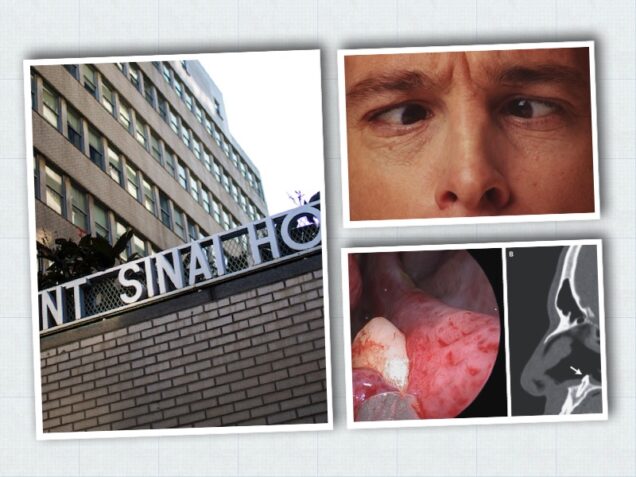 Surgeons in Mount Sinai Hospital, New York were stunned recently when they discovered a half-inch-long tooth growing out of a man’s right nostril.

The 38-year-old went to doctors for help because he had trouble breathing- for several years, apparently.

At first, doctors saw what was a deviated septum, as well as calcified septal spurs, and then they discovered something else.

This surprised and confused doctors because the man didn’t have a history of facial trauma or any other abnormalities corresponding to these growths, based on a report in The New England Journal of Medicine.

Surgeons Sagar Khanna and Michael Turner performed a rhinoscopy, which uses a light and a lens so that doctors can see inside a patient’s nasal passages.

This is when they discovered “a hard, non-tender, white mass was observed in the floor of the right nostril.”

Using x-rays or an ultrasound, the doctors could confirm their finding to be an “ectopic tooth in the nasal cavity.”

An ectopic tooth is similar to impacted teeth, the only difference being that ectopic teeth show up where they shouldn’t, like a man’s nose, for instance.

It’s extremely rare though, for something like this to occur. Ectopic intranasal teeth occur for 0.1% to 1% of the population.

They are more common among those with cleft lips. It is not evident in this case what was responsible for the growth of the tooth.