Asa speaks on collaboration with Wizkid 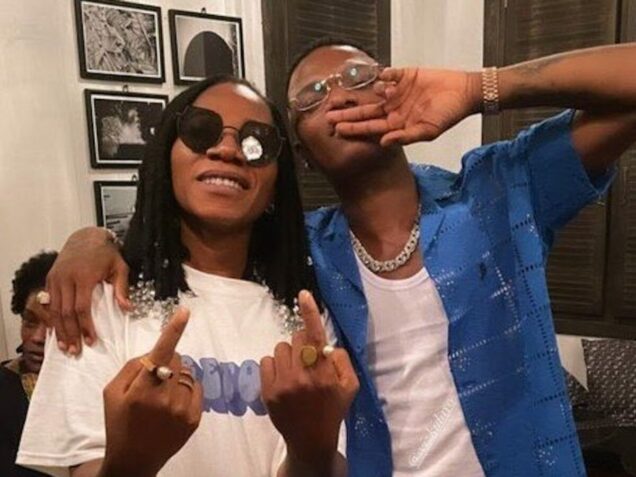 Asa speaks on collaboration with Wizkid

Popular singer Asa said her collaboration with Wizkid, on the song titled IDG, came from natural place because they were friends before the music.

Asa stated this while speaking on her new album titled, ‘V’, in an interview with Apple Music’s Africa Now Radio with LootLove.

The Bibanke crooner said, “Before we do a song, I want it to be honest. We should have a connection. With all these collaborators (on the album), that was what we did; there was friendship. I have not met Amaarae in person. We only spoke over the phone, but the music was done out of friendship; from a good place. We both love our works. I admire what she does, and she told me she loves my songs.

“With Wizkid, there’s a friendship. Before the music, we sit down, we have a drink and just talk about all kinds of things— animals and normal things about his life. And The Cavemen! Oh my God, they are full of energy. They are amazing people, so the collaboration came from a natural place.”

Asa also spoke on the impact of the COVID-19 pandemic on her artistry, she said:

“Everything changed. The world stopped for a bit and everyone had to look inward, and be more creative. One had to think smart and think out of the box. One had to change gears. For me, that was a time for getting out of my comfort zone, getting out of what I could do in my sleep and just do something else. And, when I say ‘something else’, this album (‘V’) at the time was produced by an 18-year-old, and I was asking myself “Oh my God, what do I do? What’s going to happen’? So it was a time to stop, change, look inward and arrange house.”

Explaining why it took her this long to come up with another album, the singer said, “I did not want to do another ‘Jailer’. Neither did I want to do another ‘Bibanke’. I wanted to be inspired, and I wanted it to be real. I have lived that (already), and I don’t know what’s going to happen tomorrow. I am just going where life takes me.

“I probably will never wait that long (between albums) any more. I don’t want to wait that long anymore because I also wanted to live normally. I wanted to live like everybody else. My life is on the road, on the stage, and when one stops, bam! The tour is over, then one starts to act like a zombie; one does not know where one’s passport is, because on the tour, there is a schedule, and there is the need for time to recover. But this time, it is different.”