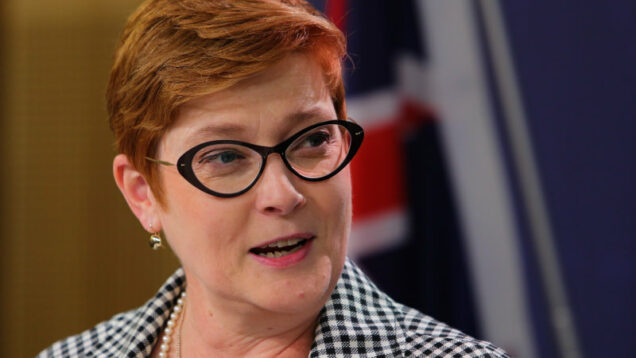 In the meantime it has extended its punitive financial measures to 339 members of Russia’s parliament, the Duma and eight oligarchs,

The United States, Canada, European Union and Britain have imposed sanctions on Putin and Foreign Minister Sergei Lavrov, as Washington looks to ramp up pressure on Moscow following Russia’s invasion of Ukraine.

“Vladimir Putin has unparalleled personal power over his country and he has chosen to go to war against a neighbour that posed no threat to Russia, because he wants to reverse history and take away the freedom and the democracy that the Ukrainian people chose for themselves.”

In its new sanctions, Payne said Australia will target 339 members of the State Duma, the lower house of Russian parliament and eight more oligarchs. The new measures follow a series of Australian sanctions announced earlier in the week.

“The next immediate priority is to continue sanctions on Vladimir Putin’s inner circle and on Russia’s defence industry,” Payne said.