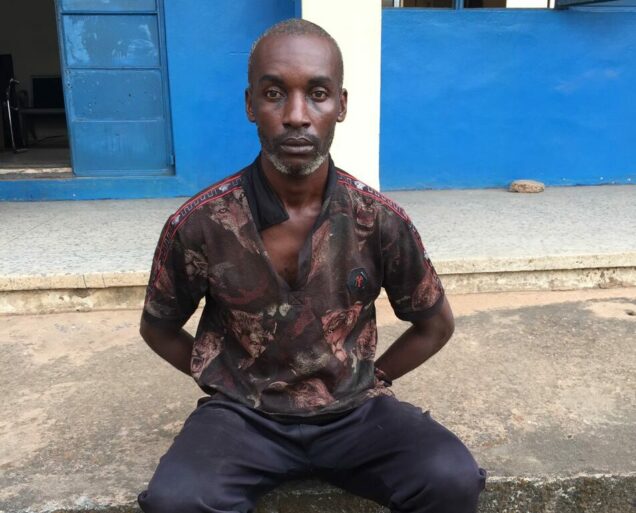 Ovie Oktogbo; arrested by the police in Edo for defiling young boys

The suspect, a 43-year-old father of three and resident of No. 15 Ugboguhi Street Off Uwasota, Ugbowo, Benin City, was arrested on 10 February, 2022, following reports that he had abused nine boys.

According to a statement by the State Police Command, on 23 February, the suspect had allegedly defiled nine teenage boys.

The statement claimed the suspect lured the victims with N100 to N200 before carrying out the abominable act.

Jeffrey who took ill with swollen feet, face, and pus all over his body, and was later diagnosed with liver and kidney damage as a result of certain chemicals in the bleaching creams used by the suspect on the victims.

SP Kontongs Bello while confirming the death of the teenager, said: “That’s true sir, he died on Thursday and the family has filed fresh charges against the man.”