Why NDLEA operatives don’t need warrant to search your house 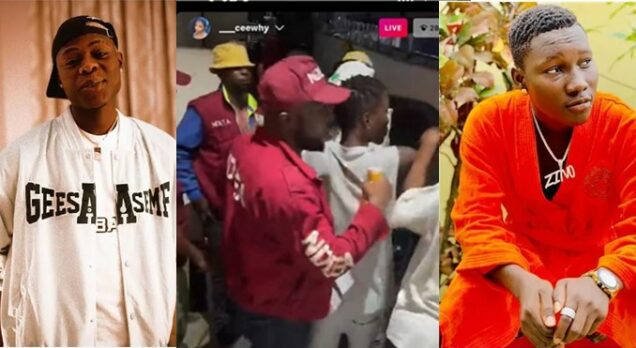 Why NDLEA operatives don’t need warrant to search your house

Femi Babafemi has revealed why operatives of the National Drug Law Enforcement Agency don’t need to have a warrant before they can search any premises.

The spokesman for the anti-drug agency made the revelation following an outcry over the night raid on the home of singers Zinoleesky and Mohbad by NDLEA operatives.

In a viral video from the raid, friends of the singer were captured demanding a warrant from the operatives who ignored them while moving on with the arrest of the singers.

Posting on Facebook, Babafemi shared a screenshot of an Act that allows NDLEA operatives to search premises without having a warrant.

He captioned the screenshot, “This is for the benefit of those who want to know why officers of @ndlea_nigeria don’t need a warrant to search premises or vehicles; arrest suspects or seize exhibits. It’s the LAW!”

The screenshot read, “b) Any officer of the Agency involved in the enforcement of the provisions of this Act:

“May, without warrant, enter and search any land, building or carrier, including aircraft, vehicle or container or any other instrumentalities whatsoever which he has reason to believe is connected with the commission of an offence under this Act.

“May perform test and take samples of any substance relating to the commission of an offence which is found on the land, building or carrier, including aircraft, vehicle or container or any other instrumentalities whatsoever pursuant to the paragraph (a) of this subsection;

“Arrest any person whom he has reason has committed an offence under this Act;

“Seize any item or substance which he has reason to believe has been used in the commission of an offence under this Act.”