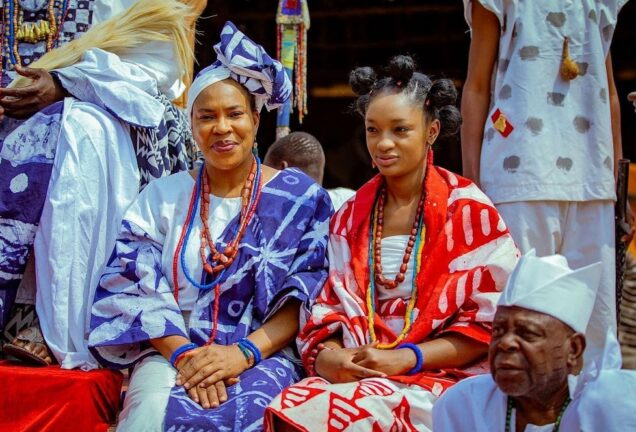 Actress Faithia Williams and Adedoja Adeyemi on set of Anikulapo.

Princess Adedoja, daughter of Alaafin of Oyo, Oba Lamidi Adeyemi, has made her acting debut in a Nigerian movie titled ANIKULAPO, (Death & Life, The Rebirth of Identity).

Adedoja played the role of ‘Princess Ajoke’ in the movie.

The movie by Kunle Afolayan also gave her the opportunity to act alongside veterans which include Fathia Balogun, Sola Sobowale, and many others.

Adedeoja delved into acting four weeks after she topped her class as she bagged a Master’s degree from UNILAG.

The princess also emerged as the best graduating student from the Institute of African and Diaspora Studies, setting a record for the institute.

See her pictures at the movie set below: