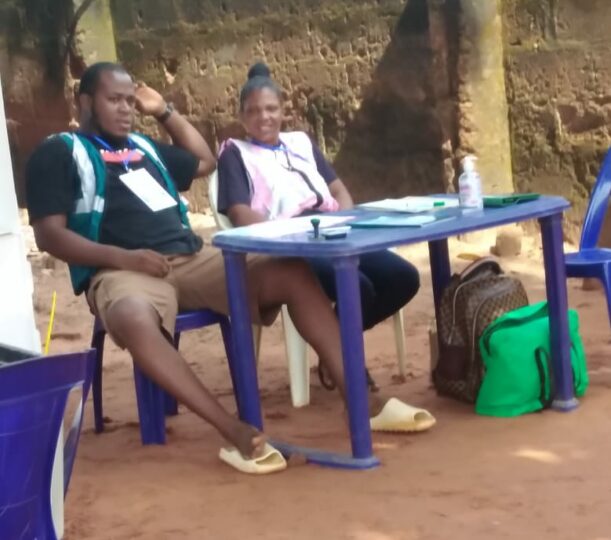 INEC staff waiting for voters to turn up

The Independent National Electoral Commission (INEC) has expressed concern over the abduction of some of its ad-hoc staff in Imo.

The INEC Resident Electoral Commissioner in the state, Prof. Francis Ezeonu, while briefing newsmen in Owerri on Saturday, called on security agents to ensure safe return of its members of staff.

He said the adhoc members of staff were deployed to Ngor-Okpala Local Government Area of Imo for the state’s House of Assembly bye-election where they were abducted by unidentified gunmen.

Ezeonu said that he had also received distress calls from some of the commission’s members of staff who were being forced to thumbprint the ballot papers and manipulate the Bimodal Voter Accreditation System (BVAS), while being detained by their abductees.

He said that while polls had closed in the constituency election across the local government, there were incidences of violence and disruption of the exercise in some polling units.

He explained that rescue operations of the abductees were ongoing and appealed to security agents to sustain the tempo and ensure safe release of INEC’s members of staff who are still in captivity.

“We have received SOS from some of our adhoc staff who were abducted, blindfolded and conveyed to unknown destinations.

“They are being compelled to thumbprint the ballot papers and our situation room has received several phone calls alluding to the same.

“We wish to reassure the general public that results manufactured from unknown places will not be collated and the number of votes cast must tally with the number of accredited voters as shown by the BVAS for such results to be authenticated.

“Therefore, any persons involved in such act of falsification are chasing the wind,” he said.

Ezeonu, while calling on residents of the state to remain calm, appealed to law enforcement agencies to tighten security to ensure hitch-free collation of results.