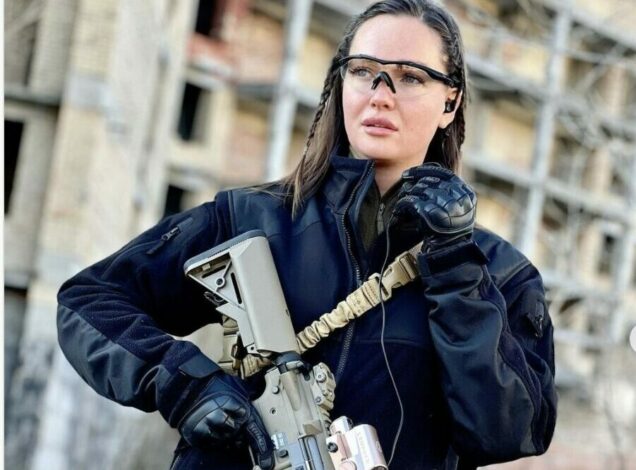 She is just one of thousands of women who are part of the Ukrainian military forces, Marca reports.

Ukraine has the largest female military force in the world with 36,000 strong women who are perfectly trained to kill.

Although it’s unknown if Anastasiia is part of this military force, she has been posting pictures of shooting drills for years on her personal Instagram account. Meaning she at least knows how to use one of those assault rifles.

Anastasiia is also very active helping through her social media by sharing stories supporting her country.

Critics immediately jump against the pictures she is posting with the assault rifle but they don’t realize she might in fact be part of the female military force in Ukraine.

Whether she is fighting or not, it’s important to note the presence of women from Ukraine in this conflict. It’s not just the men who are doing everything in their power to fight, women are also a huge piece of this defense of the democratic country of Ukraine.