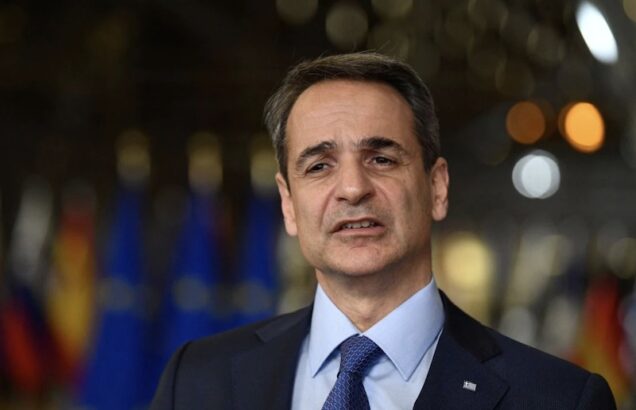 Ten Greek nationals have been killed and six others wounded by Russian bombing near the Ukrainian city of Mariupol, Greece said on Saturday.

It said it had summoned Russia’s ambassador to the Foreign Ministry on Monday after a verbal demarche.

The bombing took place on the outskirts of the villages of Sartana and Bugas, and one of the injured was a child, Greece’s Foreign Ministry said.

The Foreign Ministry condemned the air strikes against civilians, and called on Russia to immediately stop aerial bombings and attacks on civilians.

The latest death toll includes four expats killed in Sartana, in addition to two killed there earlier and another four who died in Bugas.

At a meeting with Russian Foreign Minister Sergei Lavrov earlier this month, Greek Foreign Minister Nikos Dendias had stressed the need to protect the Greek expatriate community in Ukraine.

Russian forces pounded Ukrainian cities with artillery and cruise missiles on Saturday for a third day running, but Kyiv, the capital, remained in Ukrainian hands.

Greece is willing to take in Ukraine refugees in coordination with the European Union, Migration Minister Notis Mitarachi said.

“If we have to take in a number of people we are willing to do it. The cost will be covered by Europe, but at this moment the priority is the humane dimension,” he said.