Napoli go top of Serie A 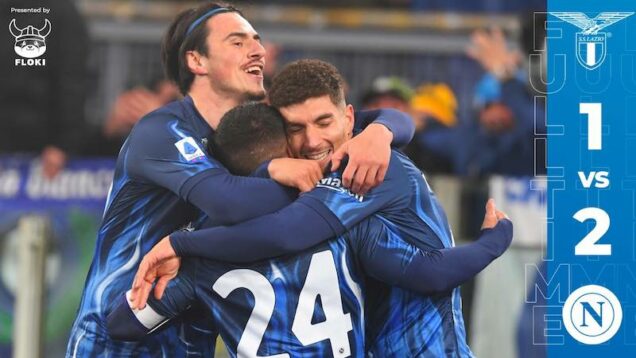 Napoli are now top of Serie A after a 2-1 win at Lazio on Sunday, thanks to the dramatic, last-gasp goal from Fabian Ruiz.

Lazio dominated for long spells in the first half and should have taken the lead early on but Luis Alberto fired wide from a good position.

Luciano Spalletti’s Napoli improved after the break, with Lorenzo Insigne arrowing a fierce strike into the net to give his side the lead in the 62nd minute.

Insigne thought he had added a quick-fire second goal only to see his close-range finish ruled out for offside after a VAR review. That setback looked like it would prove costly when Pedro lashed home the equaliser two minutes from time.

The drama was not finished there, however, as a fine finish from Ruiz four minutes into stoppage time snatched victory for Napoli, moving them top above AC Milan, who are level on points but have a worse goal difference.

“I am confident because we have quality and play great football,” Spalletti said.

“These players have worked so hard to get here because so many things have happened to us, like the Africa Cup of Nations.

“The reaction to Pedro’s goal, which can take your strength away, shows what a great team we are. These are the values ​​and strength of Napoli, we can do great things.”

Elsewhere in Serie A on Sunday, a penalty from English striker Tammy Abraham in the ninth minute of stoppage time earned AS Roma a 1-0 win at Spezia.