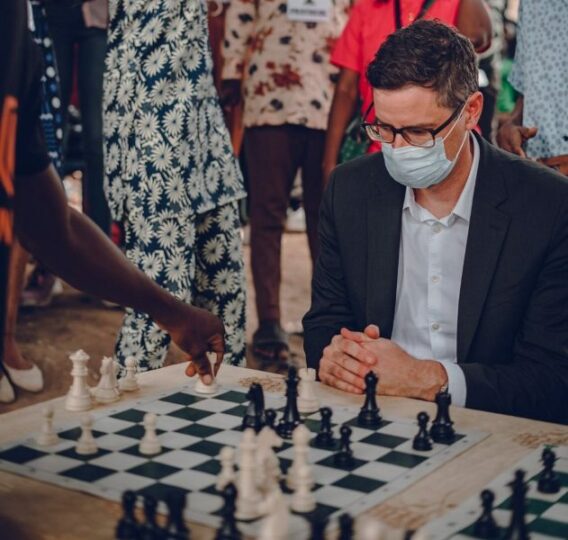 Tokar was in Oshodi Underbridge on Tuesday in the company of eight sailors from the HMCS Goose Bay-a Kingston class patrol ship in the Royal Canadian Navy.

He was defeated by one of the boys who had undergone training.

Tunde Onakoya, founder of Chess in Slums Africa has been making wave after using Chess game to lure hoodlums out of their trade at Oshodi underbridge to make them useful in like.

Onakoya is a Nigerian chess master, coach and founder of Chess in Slums Africa.

He has organized a number of interventions for children across slums in Lagos including Majidun (Ikorodu), Makoko and recently, Oshodi.

The children are engaged in a 2 weeks session that seeks to unlock their potential through the game of chess while learning to read, write and acquire basic literacy skills.