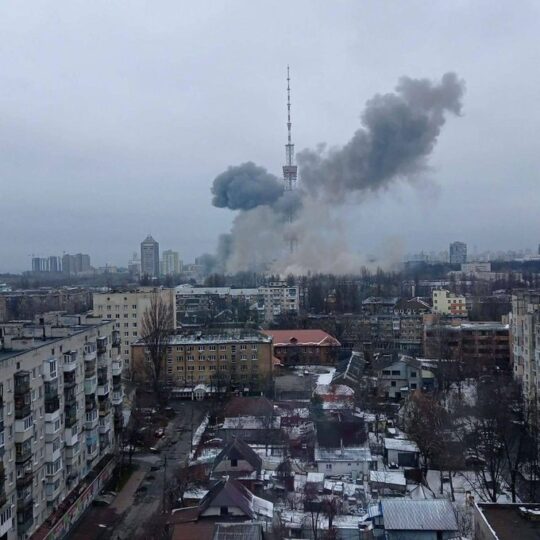 Ukraine’s Ministry of Internal Affairs confirmed that five people were killed in the explosion.

Five more people were also said to be injured in the explosion.

The explosion comes after the Russia warned residents that it was preparing to hit targets in the Ukrainian capital of Kyiv.

The Russian Defence Ministry had said it was planning attacks on Kyiv technology centres, urging people to stay away.

This is happening as a huge convoy of Russian armoured vehicles continues to advance on the city.