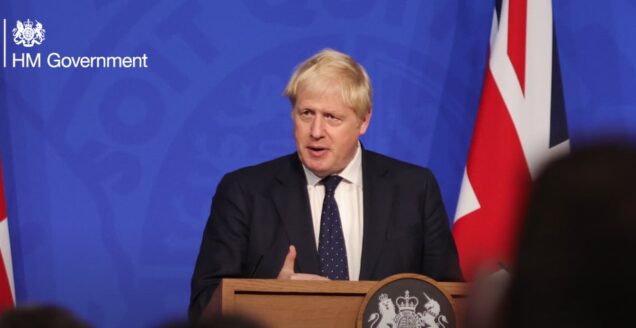 Less than a week after Moscow launched a full-scale invasion of Ukraine, western leaders are looking at ways to help the hundreds of thousands of Ukrainians who have left their homeland.

Poland has estimated that about 350,000 people have crossed its border from Ukraine since last Thursday, while the European Union has emphasised the need to prepare for millions of refugees entering the bloc.

“We will make it easier for Ukrainians already living in the UK to bring their relatives to our country. Though the numbers are hard to calculate, there could be more than 200,000,” Johnson said during a visit to Warsaw.

“(Russian President Vladimir) Putin’s invasion has already cost hundreds of thousands of people to flee their homes, and we must prepare for an even larger outflow, perhaps in the millions.”

Britain has 1,000 troops on standby to help the humanitarian response in Ukraine’s neighbours, including Poland, Johnson said as he pledged up to 220 million pounds ($294.69 million) in emergency and humanitarian aid for Ukraine.

Interior minister Priti Patel told parliament the reunion criteria for Ukrainians would be widened to allow people living in Britain to bring parents, siblings, adult sons and daughters and grandparents to join them.

Visas for Ukrainian temporary workers in some sectors will be extended to allow them to remain in Britain until at least the end of this year, Patel added.

He said the government will also set up a humanitarian sponsorship route for Ukrainians who do not have family ties with Britain.

Patel said the usual language requirements and salary threshold for people coming to Britain to join their families would be lifted, and Ukrainians would be allowed to work and access public services.

“We will give them permission to enter the UK outside the usual rules for 12 months,” she said. “There is no limit on the numbers eligible under this route.”