Adeboye at 80: His story so far 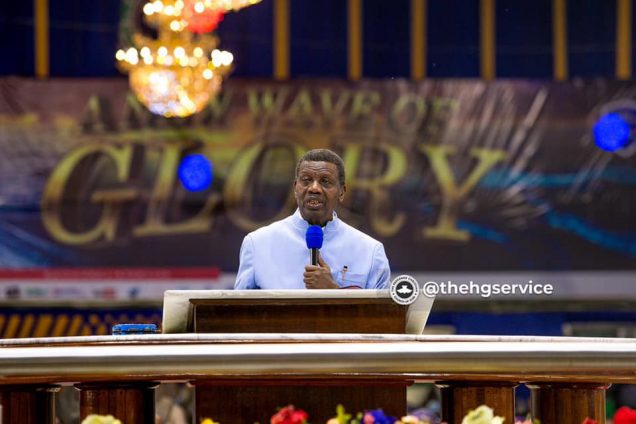 Pastor Enoch Adeboye, the General Overseer of the Redeemed Christian Church of God (RCCG) was born on March 2, 1942, in Ifewara, near Ife, in Osun State, Nigeria.

He had humble beginnings.

He joined the Redeemed Christian Church of God in 1973 and started interpreting Yoruba to English for the church founder, Pa Josiah Olufemi Akindayomi before he was ordained a minister in 1977.

He became General Overseer of the church in 1981. For three years, he filled the role part-time at Unilorin before giving up his university position to preach full-time.

In 1975, he got a PhD in Applied Mathematics from the University of Lagos.

He holds a degree and title as Professor of Mathematics at the University of Lagos.

RCCG which was not well known before Adeboye became the General Overseer, has branches in about 196 nations as of (March 2017), including more than 14,000,000 in Nigeria.

This prompted the foundation of the “Model Parishes” through which endless millions in the higher classes of the general public have come to know the Lord.

Daddy G.O as fondly called is considered a preacher of the Prosperity gospel, a claim he does not deny, saying that “Pentecostals have such an impact because they talk of the here and now, not just the by and by… while we have to worry about heaven, there are some things God could do for us in the here and now.”

The Holy Ghost Service highlighted an evening of acclaim, love, petition, soul-winning, liberation, declarations and the proclaiming of God’s Word once every month.

At first, they were held within the premises of the church’s International Headquarters in Ebute metta, Lagos, and with time, space limitations required an adjustment in area.

This prompted the acquisition of a lush bit of uninhabited woodland land situated in suburbia of Ogun State, South-West Nigeria presently known as The Redemption Camp.

The Holy Ghost Service has been reliably held for more than twenty years now and today, while experiencing a massive turnout of congregants each month.

Adeboye and RCCG were shot into the limelight after the 1998 edition of the Holy Ghost Congress tagged “Lekki ’98” which was held on December 18, 1998.

Lekki ’98 was the first Holy Ghost Congress of Redeemed Christian Church of God (RCCG) with a participation of more than 7 million individuals as detailed by CNN and the BBC.

It comprised the biggest activation of individuals in a single spot on the outside of the earth, an accomplishment at no other time recorded.

The 1999 edition of the Holy Ghost Congress amassed 12 million admirers and it has since been held each December at the Redemption Camp.

Adeboye has written over 60 books.

His daily reverential manual (Open Heavens), with more than 1 million distributed yearly, accessible in English, French and other significant dialects of the world is universally conveyed and broadly read.

Daddy G.O in 2008 was ranked one of the 50 most powerful people in the world by Newsweek.

He was cited in 2019 as one of the Top 100 most influential Africans by New African Magazine.

Together, they have four children – three sons and a daughter and several grandchildren.

Following new legislation that placed limits on non-profit leadership to 20 years of service and less than 70 years of age, Adeboye resigned in 2017 as leader of the Redeemed Christian Church of God.

Adeboye is currently one of the richest and most influential pastors in Nigeria and in the world with a financial worth of between $110m – ₦50.1 Billion.