Canada drags Russia to ICC over war crimes in Ukraine 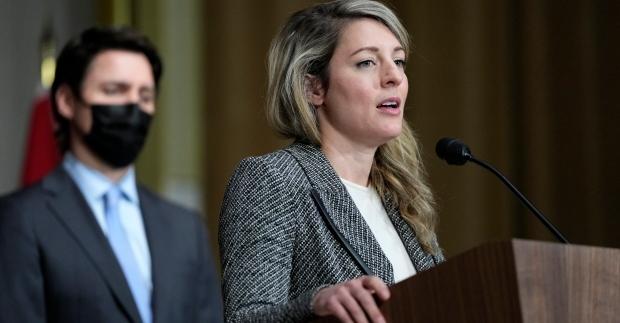 Canada has decided to drag Russia to the International Criminal Court (ICC) to be probed over alleged war crimes and crimes against humanity by Russian forces in Ukraine.

Canada’s foreign minister Melanie Joly, announced the move in a statement on Tuesday.

The office of the ICC prosecutor on Monday said it will seek court approval to open an investigation into alleged war crimes in Ukraine, just days after Russia’s invasion of its neighbour.

“We are working with other ICC member states to take this significant action as a result of numerous allegations of the commission of serious international crimes in Ukraine by Russian forces,” Melanie Joly, said in a statement.

“The ICC has our full support and confidence. We call on Russia to cooperate with the court.”

Russia calls its actions in Ukraine a “special operation”.

The referral by a member state will fast-track an investigation by allowing the prosecutor to skip having to seek court approval.

According to a diplomatic source, the Canadian move will shave months off the process of starting an investigation.

Joly earlier spoke to reporters in Geneva after taking part in a walk-out of a virtual speech by Russian Foreign Minister Sergei Lavrov to the U.N. Human Rights Council, and had said that the country would petition the ICC against Russia.