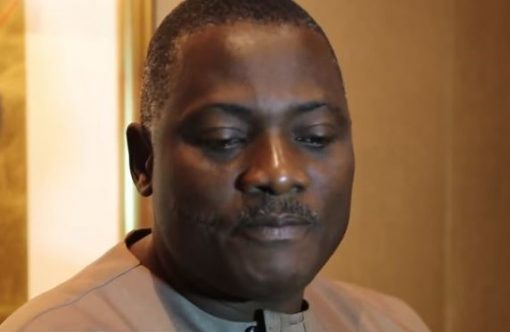 A Federal High Court in Abuja has restrained the Economic and Financial Crimes Commission, EFCC, from inviting and arresting counsel to Innoson Nigeria Limited, McCarthy Mbadugha.

The court also restrained the commission from detaining or keep him in its custody.

Innoson had been having a running battle with Guarantee Trust Bank for years.

Cornel Osigwe, Innoson Group spokesperson, in a statement said the application for a restraining order became necessary after the EFCC invited the senior advocate for interrogation on a matter between GTB and Innoson Nigeria Ltd which is still pending in court.

In January, the supreme court reversed its earlier decision which dismissed an appeal by GTB against N2.4billion judgment given in favour of Innoson over a clerical error.

Osigwe said the EFCC invited the lawyer for an interview scheduled for February 1, which he voluntarily honoured.

He said during the interrogation, EFCC showed him the counter affidavit to show cause which his secretary deposed to and filed on 23rd March 2011 in opposition to GTB’s affidavit to show cause in a matter which had been decided by the federal court and the decision of the federal high court which has affirmed by the court of appeal is presently pending at the supreme court- SC. 694/2014.

“EFCC told the Learned Silk that the depositions in the counter affidavit to show cause was false and asked him the source of the information.

“But the learned SAN emphatically told EFCC — its personnel interviewing, embarrassing and humiliating him- that the depositions are true.

“That it was his client that provided all the information he used in prosecuting the case and that he verily believed his client.

“The learned silk insisted that both the trial court and court of appeal found that the depositions in GTB’s affidavit were false and that GTB did not deny the depositions in the counter affidavit of 23rd of March 2011 and that he relies and stands on the judgments of the two courts which have settled the matter and can only be overturned upon appeal and not the needless belated charade of investigation of the truth of the stated facts. EFCC kept him in its custody for over seven hours,” the statement said.

The statement said Mbadugha, through his counsel, Mike Ozekhome, filed a fundamental human rights suit at the Abuja Federal High Court against the EFCC, GTB and four others.

In an ex parte application, he prayed the court for an order of injunction restraining the EFCC from inviting, arresting or detaining or keeping him in custody pending the hearing and determination of the substantive originating motion.

The court granted the application on February 21 — and ordered that the status quo ante bellum of February 7th 2022, be maintained until the determination of the originating motion.

According to the statement, Innoson Nigeria Ltd is concerned about the interference of EFCC in the legal matters in a manner that it has become apparent that EFCC is pursuing the interest of GTB in the pretext of exercising its statutory investigatory powers and curbing of financial crimes and that GTB is pulling strings in the EFCC.