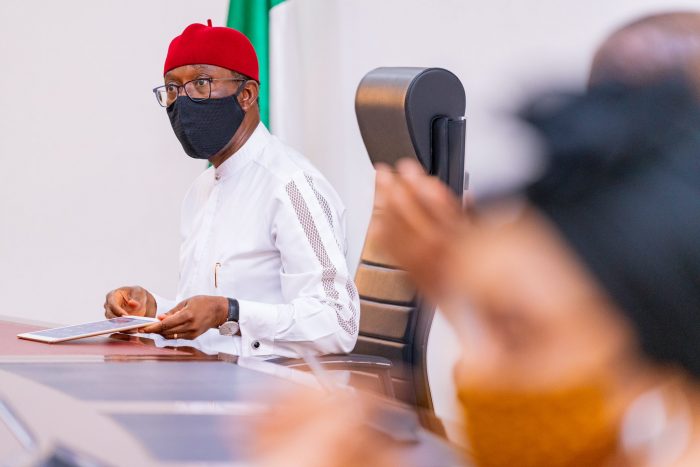 Governor Ifeanyi Okowa said his administration will establish a Bureau of Public Service Reforms (BPSR) to enhance quality and result-oriented service in the state.

The governor spoke through his Senior Special Assistant, domicile in the Office of the Head of Service, Mr Emma Okafor, who led a delegation to the Bureau of Public service Reforms on Wednesday.

Okowa underscored the importance of reform in the overall growth and development of human endeavour, saying his administration would key into the Federal Government’s reform programmes.

According to him, it is imperative to initiate reforms that will entrench prudence, accountability and transparency in governance.

The governor said he would partner with the BPSR to ensure a smooth take-off of the bureau in Delta.

Responding, the Director-General of BPSR, Mr Dasuki Arabi, said the agency was established to facilitate the building of the public service into a highly functional, professional, customer-focused and result-oriented institution.

Arabi listed the Intergraded Payroll and Personnel Information System and Treasury Single Account as numerous reforms brought by the Federal Government that had proved to be beneficial.

He said the state stood to gain a lot with the bureau, adding that the agency would facilitate its smooth take-off in the state.

Arabi said the bureau would encourage states to key into the reform agenda of the Federal Government.

According to him, Ogun, Lagos, Kaduna and Gombe states have joined the Open Government Partnership to drive the reform of their public service.

“As a bureau, we are always open to working with all government agencies to see how we can render support,’’ he said.